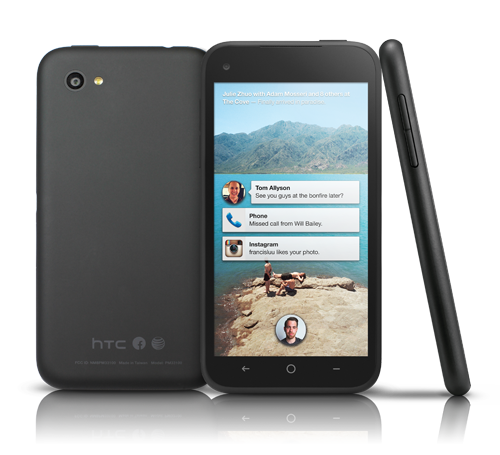 When Facebook unveiled its “Facebook Home” launcher for Android – everyone us were wondering: Do we even want or need this? The answer to that question seems to be a “no”, at least in its current form.

The Home-equipped HTC First isn’t a bad handset, but already there has been reports of poor sales and AT&T even cut the price after just a month from $99 with contract to just $.99 with contract. There are even rumors that AT&T is preparing to discontinue the First.

In light of mixed to poor reception for Facebook Home, the HTC First is now being delayed from its expected UK launch.

It was supposed to arrive this summer through EE and Orange, but is indefinitely delaying the launch. Here’s Facebook’s official statement:

We’ve listened to feedback from users on their experience using Home. While many people love it, we’ve heard a lot of great feedback about how to make Home substantially better. As a result we’re focusing the next few months on adding customization features that address the feedback we received. While we focus on making Home better, we are going to limit supporting new devices and think it makes a lot of sense for EE and Orange to hold off deploying the HTC First in Europe.

The question is whether this delay means that Facebook Home is dead or not. Personally, I think that Facebook invested enough time and money into Home that they will keep working on it, adding more improvements that help it become more useful. Will it be enough for them to find success? I have strong doubts, but you never know.