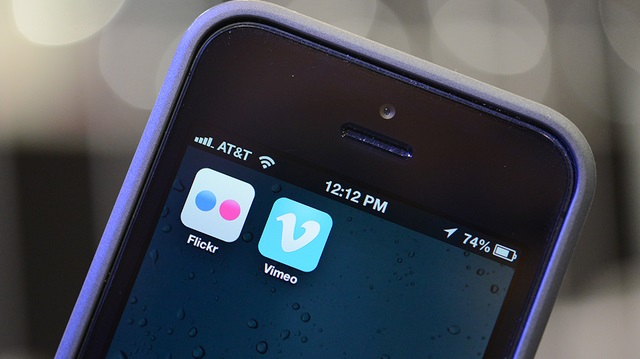 News flash: Apple’s iOS is more locked down than Android … okay, that’s not exactly a secret. This is why something like Facebook Home is not available on any iDevice at the moment. But they did bring deep integration for Facebook and Twitter earlier, and are apparently going to do the same trick once again, this time with Flickr and Vimeo.

According to 9to5Mac, the photo-sharing service and the video sharing site are going to get new connections in Apple’s upcoming iOS 7.

The rumor says iOS 7 users will be allowed to sign into their Flickr and Vimeo accounts through the settings menus, like how you can integrate Facebook and Twitter accounts now. And both the services could be accessed by third party apps. You will be able to upload photos and videos to both the services directly from the iOS Photos app.

The iOS users who have Flickr and Vimeo accounts will certainly benefit from the integration, if it happens that is. It will also be good for both the services as well. Yahoo would certainly welcome more traffic to Flickr, which has just been updated in a major way.

But the inclusion of Vimeo is a surprise, as the site is mainly for short films and high-quality videos. Videos shot in a smartphone end up most of the time on YouTube. But, Apple’s OS X is integrated with both Flickr and Vimeo, so the new rumor can’t be pushed aside that easily.

We will keep you updated about iOS 7, so stay tuned to Mobilemag.