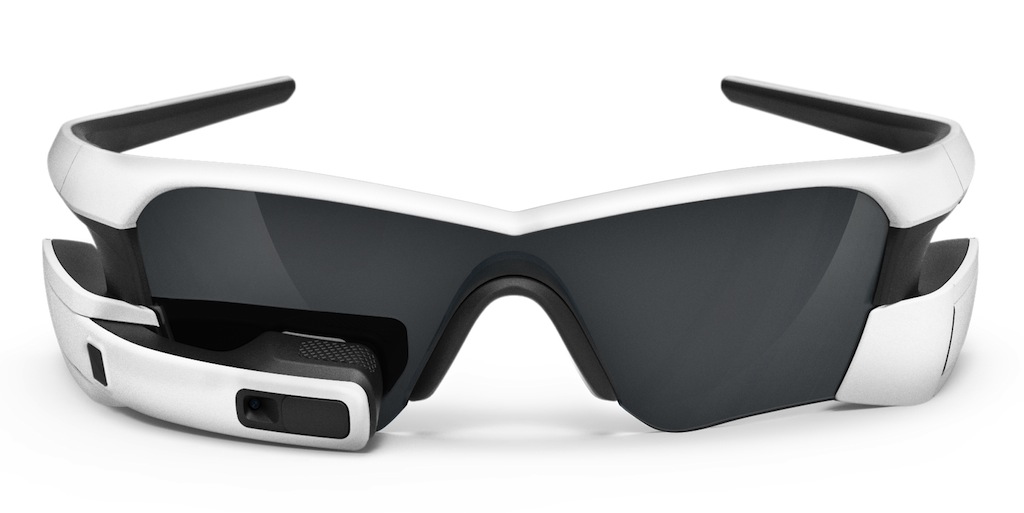 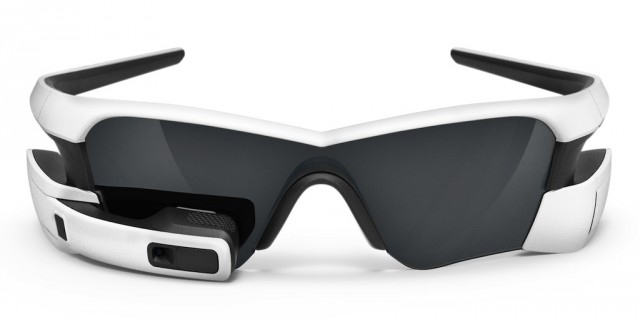 While Google Glass is a leader in its field, it lacks on one thing: attraction and applicability to that of sports and athletes.  While it is water resistant, it is not the toughest of products and probably wouldn’t hold up to someone dripping sweat for long periods of time.  Recon Instruments saw the obvious hole in the market and developed the Jet.  The Jet is a pair of sport sunglasses with an integrated Android powered display that has an endless amount of possibilities.

Recon, previously known for its MOD ski goggle inserts, takes the idea one step further and applies the same technology to a sporting pair of shades with a list of supped up features.  They also added a huge amount of connectivity options and sensors, it comes with WiFi, Bluetooth, an accelerometer, thermometer, GPS and most exciting, ANT+.  These features will allow the shades to gather data from different capturing sources such as heart rate monitors, cycling power and cadence.

Strava users will be chomping at the bit to get this technology with the ability to get real-time displays of everything they desire.  Engaget tried a pair of prototypes and described the glasses as a bit flimsy and stating they had a difficult time seeing the display.  But keep in mind this was a pre-production prototype and I’m sure they will work out some of the bugs and finalize a marketable product.  The removable battery is said to have a projected life of six hours, way more than I would need to get winded!

The Recon Instruments Jet is set to ship by the end of the year and we have no official release of expected price, though some speculation it will cost around $500 — give or take a hundred or so.  Seems a bit steep, but those that already spend thousands on their bikes and gear will have no problem dropping that much for the real-time applications and training possibilities.