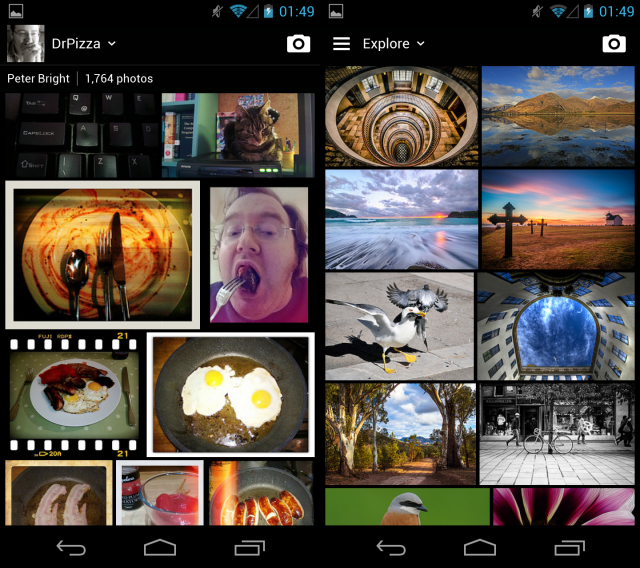 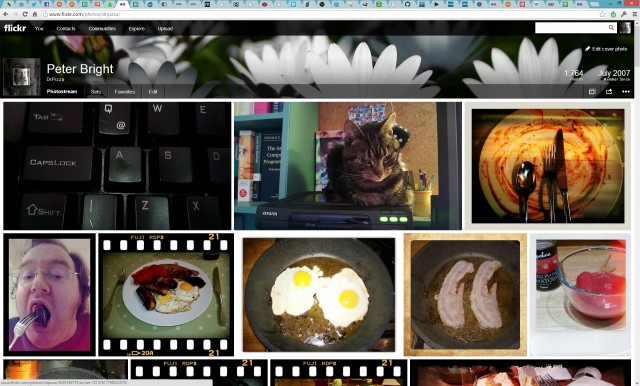 Yahoo’s acquisition of Tumblr is certainly big news, but they have promised that the blogging site will remain the same as it is now. But much needed changes have arrived for Flickr, which was acquired by Yahoo back in 2005 (and then neglected until now).

The changes that have arrived include updates to the Flickr web experience, a new Android app, and a new business model which is meant to attract new users to the site.

Via the new look, the focus is on the photos. Users will now be able to enjoy big thumbnails, full-screen pictures by default, and an image’s metadata is below the fold. Your photostream will display a big tiled view of your pictures, and there’s an easy share button for sharing pictures to the social network of your choice. The Android app is also making photos the focus. The screenshot of the app below shows photostream on the left hand side and Explore section on the right hand side.

So, big changes to how the site looks. But even bigger is what’s available to free account holders. From now on, free users have access to 1TB of storage. Earlier it was limited to 300MB of photos and two videos per month. And back then there was just one paid version: unlimited photos and videos per month, no ads, and detailed statistics for $24.95 a year. From now on, there are two paid options: $49.99 a year with no ads but everything else is the same as the free version, and for $499.99 you will get 2TB of storage. Only those who are having paid accounts at the moment can renew subscriptions. This pricing strategy has just one goal, which is attracting new users to its free service and discouraging subscriptions.

According to Adam Cahan, SVP of Mobile and Emerging products at Yahoo, Flickr has 89 million users at present who have uploaded more than 8 billion photos. But that’s nothing compared to Facebook’s more than 1 billion users and 240 billion pictures. Maybe Yahoo is a bit too late with this Flickr update, though it’s better late than never.

But the new look is not being accepted by Flickr’s current users, although we think that it’s a good update. The site certainly looks and feels way better and could attract many new users with their new strategy. The current users will certainly adapt, at least Yahoo could be hoping so. And everything appears to have come at the right time; an awesome update and an acquisition of one of the biggest blogging platforms.

Yahoo CEO Marissa Mayer says, “We have a nice set of the creator brands. Photographers and writers. With that, there is natural set of opportunities that arise between Flickr and Tumblr and we’ll deal with that as it comes”.

Maybe things are starting to get better for Yahoo. What do you think? Do you have plans to start using Flickr? Do let us know in the box below.