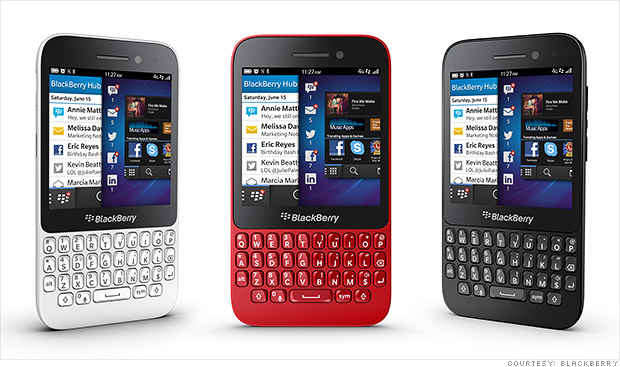 Blackberry are looking to cash-in with their new low-cost Qwerty smartphone. The Blackberry Q5 was unveiled by CEO Thorsten Heins on Tuesday in Orlando.

The Q5 features a trademark Blackberry QWERY keyboard, along with a 3.1-inch touch screen, but that’s about all we know about the entry-level handset from a hardware point of view. Blackberry have announced that the Q5 will be available in black, white, red, orange and pint and will go on sale in selected markets in Europe, the Middle East, Africa and Asia from July. No pricing has been announced yet.

What’s most interesting about the Q5 is that it is clearly a budget device — something that Blackberry originally intended to keep BB10 away from for a while. What do you think of the Q5? Hope it comes stateside?