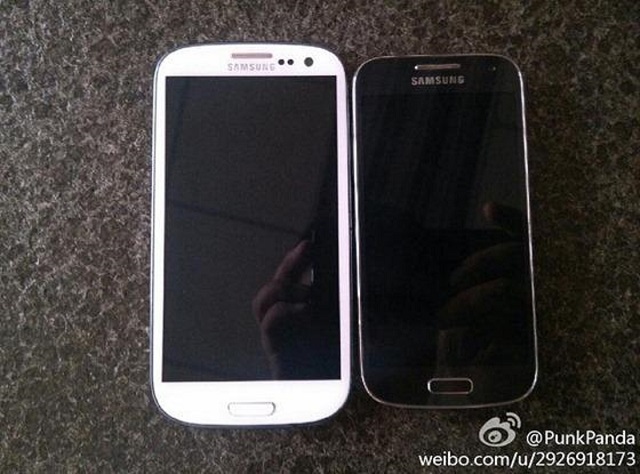 Samsung is famous for releasing all sorts of hardware configurations to fit the needs of just about anybody out there. To make matters worse for their competitors, the company is said to be planning to release different variants of their latest and greatest smartphone, the Galaxy S4. We have told you about the rugged S4 and about the S4 Zoom, but the most talked about handset is the S4 Mini.

The device that you see above and in the gallery below could be the S4 Mini, and it looks similar to the S4 but with a smaller display. No other details are available, and we can’t really say whether this is the real one.

As for what we know, the S4 Mini should be cheaper and less powerful when compared to the S4. The rumored specs include a 4.3 inch Super AMOLED qHD display, 1GB RAM, a 1.6GHz dual-core processor, a 5MP camera, Android 4.2.2 Jelly Bean, and many of the features coming with the S4.

The device is expected by many to hit the market by the end of this month.