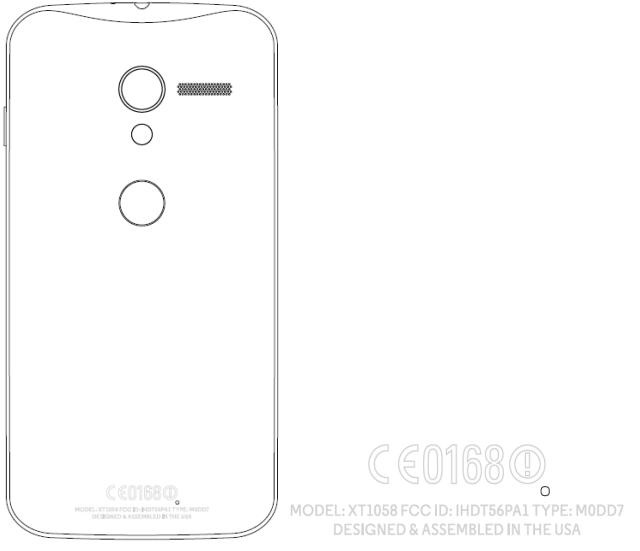 Considering we don’t have a shred of proof that the “X Phone” is anything special, there sure is a lot of gossip and speculation about the Google/Motorola device. The latest gossip surrounding Motorola (and potentially the X Phone) is that a new handset has been spotted in an FCC filing, the Motorola XT1058, featuring AT&T bands and NFC technology.

Previous rumors indicate that the XT1058 would be the model name of AT&T’s version of the X Phone, and now the above image gives us a better idea of what the back of the handset might look like.

Let’s be honest, this is just a rumor – so take it with a grain of salt. It seems more and more likely with each passing day that Motorola is truly working on some new handsets that will blow us away, but again, until Motorola or Google confirms it, we shouldn’t get too carried away.

Here’s to hoping we learn more at Google I/O. What do you think of the rumored Motorola X Phone? Based on the little we think we know, are you excited about it or not?