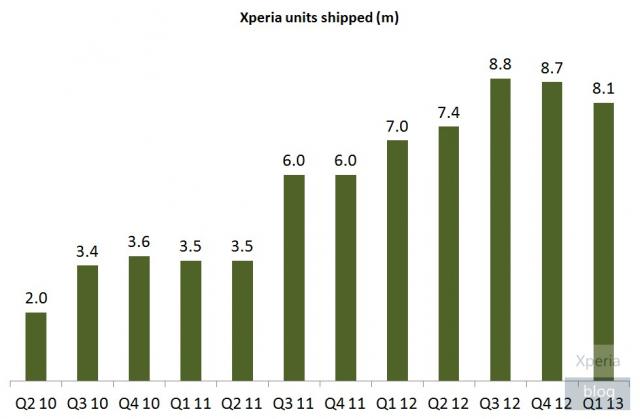 While Sony has always been known for reasonably high quality smartphones, they have never led the pack, in large part due to customer perception over problems like slow updates to the latest Android versions.

There has a been a lot of hype generated by Sony’s latest Xperia Z though, with many saying that the phone is exactly what the company needs to make a major comeback, both in the mobile world and in electronics in general. Now Sony has posted its year-end results, showing the company’s first profit in five years.

Sony reported revenue of $72.3 billion, with $7.8 billion of that for the mobile side of things. Now a lot of this profit was generated by favorable exchange rates and asset sales, but the big takeaway is that Sony managed to ship 33 million Xperia smartphones, with the company claiming that a vast majority of these were Xperia Z handsets.

Of course that was actually down from their projected 34 million, but a large part of that (according to Sony) is because demand and hype for the Xperia Z kept attention off their other handsets like the Xperia T and Xperia V.

Bottom-line is that 2012 was a good start for Sony. We’ll really see if the company can take the groundwork laid and run with it throughout 2013, though.

What do you think of Sony’s most recent efforts, including the Xperia Z and its upcoming Sony Playstation 4? Is the company on the right track? For more information about their fiscal results, head over to the Xperia Blog.