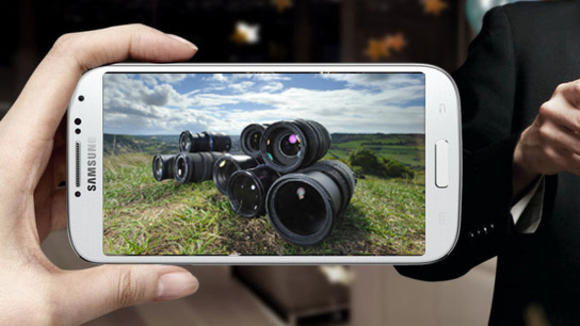 Think the Samsung Galaxy S4 is pretty great? Things are only getting started, as several variants could be one their way in the near future.  The newest of these rumored devices is the Galaxy S4 Zoom.

It is a variant of the yet to be released S4 Mini, but this handset’s special niche is the fact is will boast a 16 MP rear facing camera, with 10x optical zoom.  I’ll give you a minute to re-read that, yes 10x optical zoom.  That blows the Nokia 808 PureView’s miniscule 3x zoom out of the water.  According to Unwired View, this variant arrived for certification at the Bluetooth SIG this week under the model number SM-C101.

Samsung is making a run at a majority market share with all its variations of their Galaxy S4s (at least if rumors are to be believed).  They have brought to the table the mini for those that don’t want such a large screen.  Also a variant that is similar to the Xperia Z, made to be rugged and withstand the worst conditions that can be thrown at you, and now the S4 Zoom which will have amateur shutterbugs doing backflips at the possibility.

Thus far optical zoom was really the only thing traditional cameras had over the previously limited point and shoot cameras in mobile phones.  This will pave the way for a new standard in mobile phone cameras if it takes off like I’m sure it will.

This variation is rumored to land soon, maybe even as early as June according to some of the circulating rumors.  Keep your eyes open for more info on this handset.  It will surely be a hit with users serious about photography and those casual snappers alike.  What do you think about the Zoom?  Is this a technology that you would like to see on your phone, or should it be left to the handheld camera market?