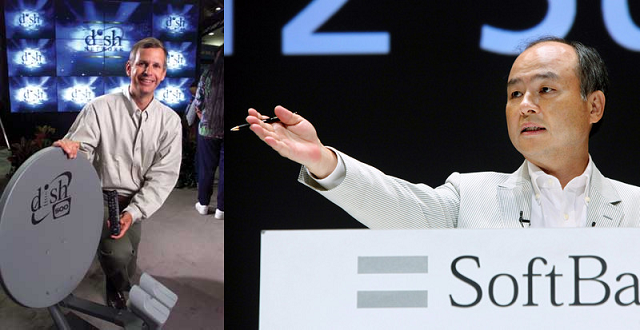 SoftBank has been in talks with Sprint to acquire the US carrier with an offer of $20.1 billion. That deal would close on July 1, but it won’t happen if Sprint accepts Dish’s counter offer of $25.5 billion. And now we have a war of words between the two bidders.

Both SoftBank and Dish have created their own websites regarding the merger, while the Japanese carrier funded a study to question the claimed benefits of a Dish acquisition of Sprint.

Dish Chairman Charlie Ergen earlier said, “Sprint shareholders will benefit from a higher price with more cash while also creating the opportunity to participate more meaningfully in a combined Dish/Sprint with a significantly enhanced strategic position and substantial synergies that are not attainable through the pending SoftBank proposal“.

But these benefits are “unsubstantiated and unrealistic“, according to the SoftBank-funded study. Industry expert Scott C. Chandler writes, “Dish’s $37 billion estimate of the NPV (net present value) of total synergies created in the proposed Dish/Sprint merger is unusually high and there are multiple reasons to believe that Dish’s projections are neither achievable nor credible“. He is also pointing to the fact that Dish and Sprint are “two dissimilar companies” operating in “different sectors“, which would make the claimed synergies hard to achieve.

SoftBank CEO Masayoshi Son, who is to meet with Sprint’s major shareholders this week, earlier said that his company’s experience with TD-LTE would help improve Sprint’s LTE efforts in the US. He has also referred to Dish’s bid as “incomplete and illusory“.

Ergen slammed back: “We are an American company and the modernization of Sprint’s network will have to be done from the US. You have to climb the towers here, and you’ll have to have U.S. employees who speak English. Operations command control will be in America. That’s good for jobs“.

Regarding SoftBank’s study, Dish says, “The study was paid for by SoftBank and lacks the credibility that comes from third-party objectivity. We remain confident Sprint shareholders are going to accept the offer from the company that brings the most to the table, including the best price and strategic plan going forward. Dish is offering more money, greater synergies, and we’re bringing over $10 billion of spectrum“.

Meanwhile, regarding another bid, we reported earlier about Verizon’s plans to buy out Vodafone with a $100 billion bid to take full control over Big Red. But it appears like that bid could reach up to $130 billion.