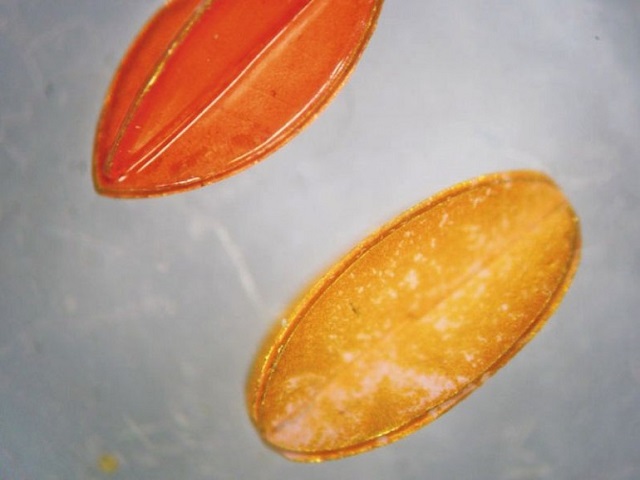 There are a variety of causes for the occurrence of blindness, such as the lack of enough blood supply for the retina. If it doesn’t get proper amounts of oxygen, the result will be permanent blindness. The chances of preventing it depend on when the doctors realize if a patient’s retina is not receiving sufficient oxygen; the sooner the better. Prof. Bradley Nelson and his team of researchers at ETH Zurich seem to have found out a solution.

Earlier the team created microrobots, measuring a millimeter in length and one third of a millimeter in width, which could be used to deliver medication or remove scar tissue in the eye. Magnetic fields can be used to guide these tiny robots through the vitreous fluid.

They coated these microrobots with nanospheres made of a dye, which fluoresces when exposed to a specific wavelength of light. This fluorescence fades faster if there is higher amount of oxygen surrounding the dye. Now the team can inject these oxygen sensing dye-coated robots into the vitreous fluid to move them to the surface of the retina. They would then apply light to observe the dye’s fluorescence, and thereby determine the amount of oxygen around the area. The robots can be removed from the eye later on by magnetically attaching them to an inserted needle.

According to ETH, other methods now available for determining the oxygen levels within the eye are not sensitive enough. The method using microrobots have already been tested in water samples with different O2 levels and were found to be a success.