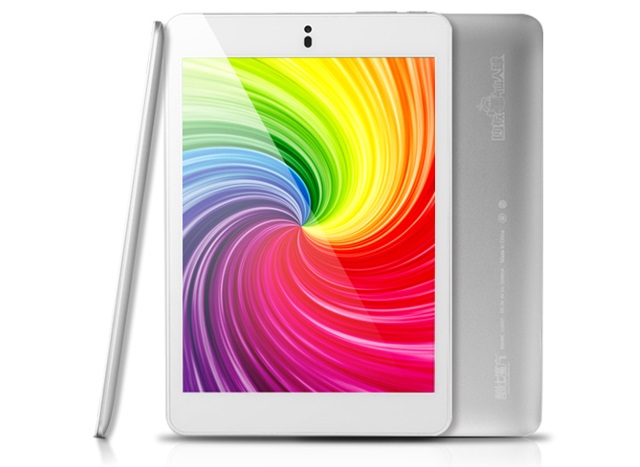 When modern tablets first started surfacing, they were generally of the 10-inch variety and a demanded a pretty substantial price to take em’ home. Things change quickly, don’t they? Nowadays, 7-inch tablets like the Google Nexus 7 can be yours for as little as $200.

But what if you want more screen real-estate, without paying more of your hard earned cash? That’s where the Cube U35GT could come in.

We’ll be upfront here and say that the Cube is a Chinese branded tablet, and that means you probably won’t get the same build quality as you might expect from more commonplace brands. It is also aesthetically a clone of Apple’s iPad Mini.

What the tablet lacks in originality of design, it somewhat makes up for with its 7.9-inch display with a resolution of 1024×768. Areas where the U35GT ones-up devices like the Nexus are the addition of microSD, a 2MP rear cam, and VGA front cam. The tablet is powered by an ARM Cortex-A9 quad-core processor. Other specs include 2GB RAM, 16GB storage, WiFi, mini-HDMI, stereo speakers and a battery that gets about six hours of usage. The tablet also features Android 4.1 Jelly Bean.

Unfortunately, the U35GT also has some very big weaknesses like a lack of Bluetooth and GPS support. Still, at $187.82, it could be a perfect device for those that need a bigger display budget tablet that still packs a fair amount of punch for gaming, entertainment and other apps.

For those that want and need GPS, Bluetooth, the latest OS updates, and a more reliable brand – you are probably better off with the Nexus or perhaps Apple’s iPad Mini. What do you think of the Cube U35GT, would you consider it or not?