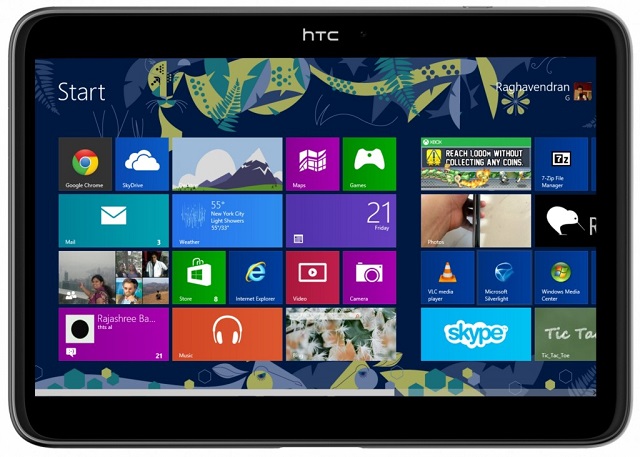 It has been talked about for a while that HTC is working on Windows tablets to be released sometime this year. According to a new rumor, the Taiwanese manufacturer is planning to release two tablets running Windows RT Blue in October.

First up is the smaller of the two, the HTC R7, which could be the first of a wave of small screen Windows tablets expected to be available in the coming months. The R7 apparently boasts a 7-inch full HD screen, a 2.3GHz Qualcomm Snapdragon 800 processor, 2GB RAM, a 13 MP cam, 16GB of storage (and microSD slot), and it will be available as a Wi-Fi only version and as a model with LTE/HSPA+ support.

The R7’s bigger screened brother, the HTC R12, will reportedly feature a 12-inch display with a resolution of 2048×1536 (similar to the iPad’s Retina Display). It will come equipped with the same internal specs as the R7, though the R12 will add NFC and HDMI.

The rumor suggests that the devices will be launched on October 13th. There’s currently no info regarding possible price tags, though we believe that they won’t come cheap looking at the specs. If the R7 is coming with the reported features, it is less likely to hit the market as a budget tablet to go against tablets like the Nexus 7. For that segment, “Clover Trail” tablets are expected to arrive sometime in the future.