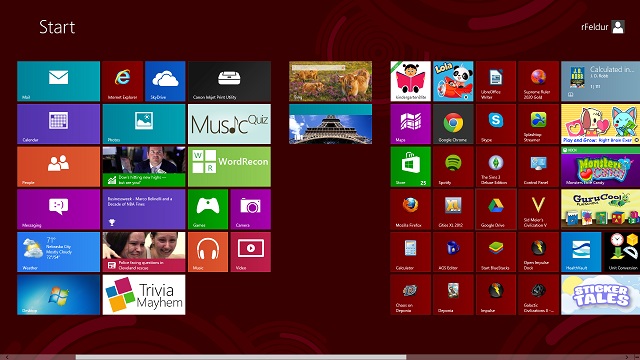 Windows 8 has certainly received mixed reception up until this point, but Microsoft is hoping to change all of that with Windows Blue, aka Windows 8.1. Microsoft hopes to win folks over to Windows Blue, and has officially confirmed that they will be releasing a preview version just in time for its Build conference this June.

So what’s new in Windows Blue? Essentially, Blue is all about making the learning curve of Windows 8 less harsh. That means making customization and other aspects better in the new Start Screen. While not 100%-confirmed, there is also strong reason to believe that Microsoft is actively considering returning the start button in Windows Blue.

Keep in mind that the Start Button’s return doesn’t mean the Windows 7-style start menu will return, it will still use the full-screen Start menu from Windows 8.

After Windows Blue debuts, Microsoft is also looking to get into the small-screen tablet market with 7 and 8-inch devices.

Can Windows Blue help address some of the concerns surrounding Windows 8? Let us know what you think in the comments below.