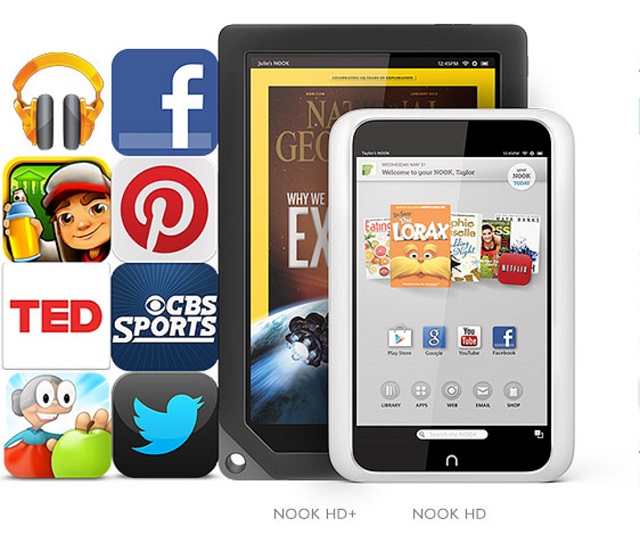 We have been seeing a lot of good deals from Barnes and Noble recently, and now an even better one. They are currently offering both the Nook HD and the HD+ at discount rates through Mother’s Day on May 12.

The Nook tablets have suddenly become more appealing with this price drop, and also the slates now support Google Play (so access to more than 700,000 apps and games. That’s a big advantage over the Amazon Kindle Fire devices. At Amazon, the entry-level Kindle Fire has a price tag of $159, the 16GB Fire HD costs $199 and the 32GB 8.9-inch Fire HD tablet is available for $299.

As for other rivals, the Google Nexus 7 starts at $199 and Nexus 10 retails from $399. The Mac maker’s iPad mini starts at $329. Bottom-line, for the hardware, the Nook HD and HD+ are nothing less than a steal at their reduced pricing. What do you think, are you interested?