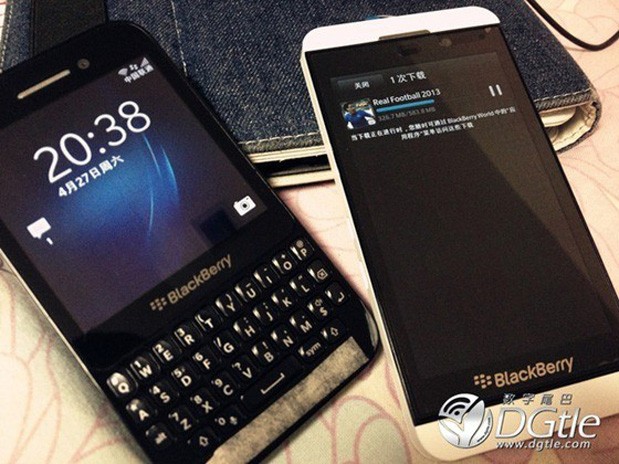 Fans of Blackberry’s QWERTY equipped phones will be interested to hear that a new budget-oriented phone could be making an appearance next week at the Blackberry Live conference.

The news comes in the form of a leaked photo of the R10 along with purported specifications from Chinese website DGtle. According to their sources the Blackberry R10 will feature the same 3.1-inch display and 2GB RAM as the more costly Q10 but with a lower spec 5 mega-pixel camera, 8GB ROM and just an 1800mAh battery.

The R10 will be aimed at the entry-level market but would also make a great replacement for anyone wanting to update their older Curve handset. What’s interesting is that Blackberry has said that they will be focusing mostly on the high-end with BB10, so either they’ve changed their mind or they are simply billing this as their first mid-ranger. What do you think, would you be interested in a cheaper variant of the Q10? Tell us what you think in the comments below.