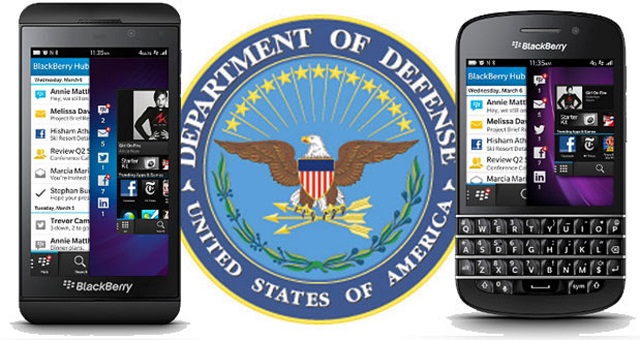 BlackBerry devices have always been marketed as being very secure. It looks like the Department of Defense agrees. The DoD has officially approved the use of BlackBerry 10 devices, including the full lineup of the Z10, Q10 and the PlayBook, on its network.

This approval has come after earlier reports that the DoD was going to approve Apple iOS devices and some Samsung Galaxy handsets. While iOS 6 devices are expected to join BlackBerry 10 devices in being allowed in the next two weeks, devices running Samsung Knox, the South Korean company’s enterprise mobile solution, have already got the green light.

The Knox was earlier expected to be available with the S4, but later reports have pointed to the feature being available only by July. Samsung is certainly making a good effort, but BlackBerry is still the best when it comes to security.

Scott Totzke, SVP, BlackBerry Security at BlackBerry says: “BlackBerry 10 is ideal for our government customers because it offers a rich, highly responsive mobile computing experience, along with BlackBerry’s proven and validated security model – a combination that’s unmatched in the industry. This approval will enable DoD customers to connect their BlackBerry Z10 or BlackBerry Q10 smartphones to DoD networks and securely access assets from work, while enjoying the wealth of consumer-oriented functionality that BlackBerry 10 brings to market”.