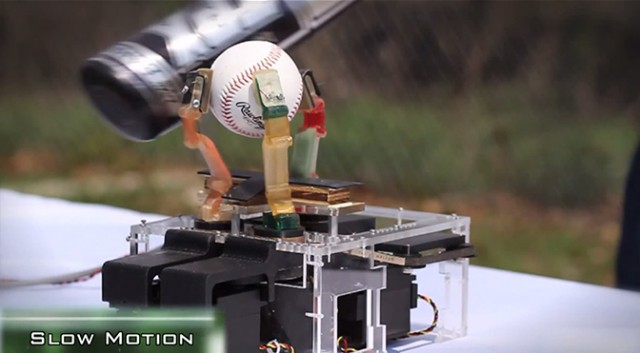 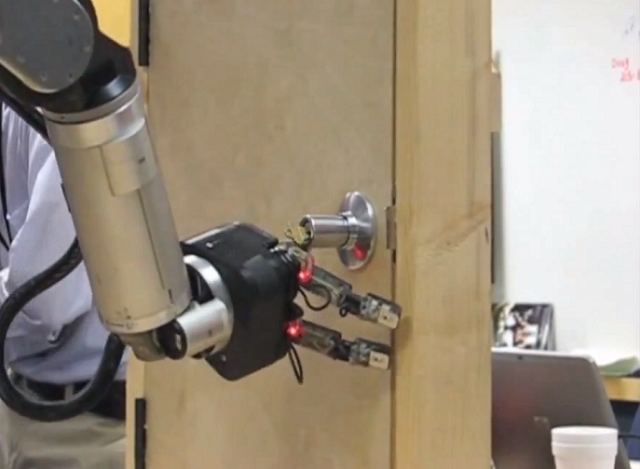 DARPA’s Autonomous Robotic Manipulation (ARM) program, which was announced back in 2010, aims to build a robot that can do a variety of manipulation tasks with minimum operator input. One of the toughest tasks for the hardware team is developing a reliable and low-cost hand for the robot. iRobot and researchers at Harvard and Yale appear to have come up with a solution.

Their hand that you see above has fingers capable of surviving hits from a baseball bat and that can lift 50 pounds as you will see in the video. From a basketball to a pin, its three fingers can pick up a variety of objects. And it costs just $3,000. In comparison, the average cost of a military-grade robot hand in 2010 was around US$50,000.

But a lot of research and development is still left in the ARM program. While the hardware team will focus on building a complete robot, many others will be working on AI software which will require some serious work.

The software system must enable the GFE (Government Furnished Equipment; i.e. the robot) to perform the Challenge Tasks following a high-level script with no operator intervention. For example, the operator would issue a command such as “Throw Ball.” That command would in turn decompose into a sequence of lower-level tasks, such as “find ball,” “grasp ball,” “re-grasp ball, cock arm, and throw”.

Check out the video below to see the hand in action. It’s not creepy like an earlier DARPA product.