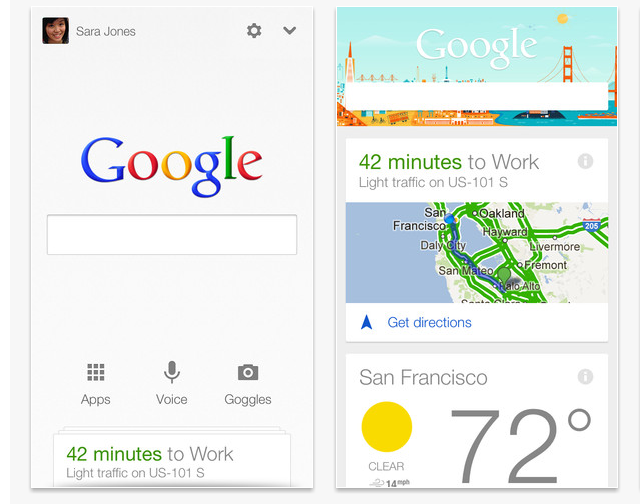 Announced at last year’s Google I/O conference, Google Now is now bringing the personal assistant service and predictive search to iOS users. It has arrived as an update to the Google Search app for iOS and is available for iPhone, iPad and iPod touch.

Google Now’s response via voice recognition is much quicker, compared to Siri. And iOS users will get predictive “cards”, whether you asked for it or not, for stuff such as weather, traffic, navigation and sports scores (you can choose what comes on), and this service depends on the way you use Google services. So it’s like getting an answer before you know you want one.

Unlike the Google Now on Android (4.1 and later), the iOS version requires you to log into your Google account for using Now. It also won’t run in the background, and there will be no notifications. This might not be a perfect version, but it certainly gives iDevice owners a taste of what Google Now has to offer.

To get your hands on Google Now for iOS, head over to the App Store.