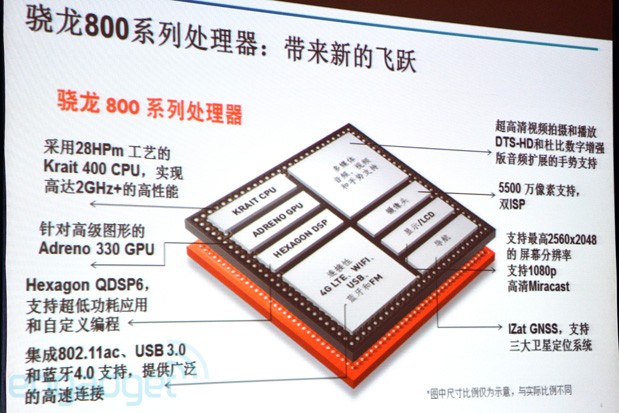 Qualcomm announced at an event held earlier today in Beijing that the big daddy Snapdragon 800 will see production toward the end of May. The Snapdragon 800 features some key performance updates over to Snapdragon 600 (found in the S4, HTC One, Optimus G Pro etc) including Krait 400 architecture and Ardreno 330 graphics.

What these improvements actually mean though are the new chip is capable of being clocked at 2.3Ghz and will happily play 4K video at 30fps, although it remains to be seen just how useful this will be on a phone size display. It is rumoured that China’s ZTE will be the first company to launch a Snapdragon 800 phone, but we’ll have to wait until later this year for confirmation and further details.