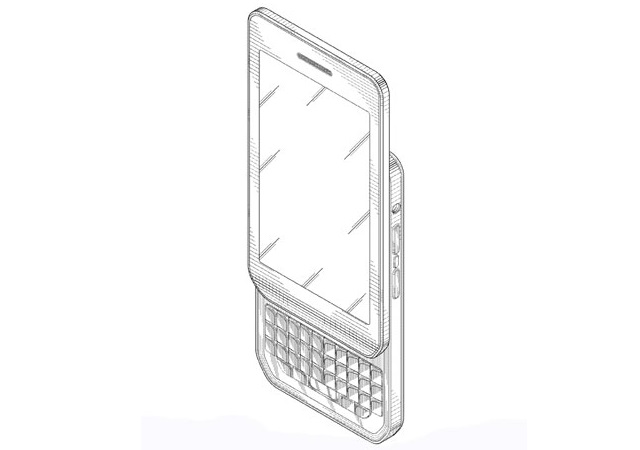 At the moment, Blackberry’s two main focus seems to be on the Blackberry Z10 and the QWERTY-powered Blackberry Q10. What does the company’s future hold though? According to a new patent, we could soon be seeing a BB10 device that features a sliding keyboard and looks like it could be a new BB10 member of the Blackberry Torch series.

The USPTO document was filed back in December of 2011 and doesn’t actually give out any details outside the lock. Instead it shows a phone that looks rather similar to the Blackberry Z10, save for the sliding keyboard. This could be perfect for those BB10 fans that want a physical keyboard but at the same time want to have a big enough screen to enjoy the much-improved touch features found with the latest Blackberry OS.

What do you think of the above Torch-like Blackberry device? Would you be interested in such a phone?