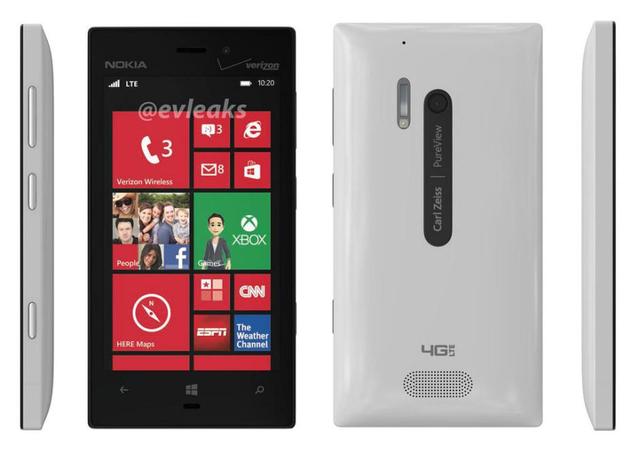 Rumors and leaks about the Nokia Lumia 928 for Verizon have been flying around for a while now. Now we might finally have leaked images showing us exactly what the 928 looks like.

The leaked press shots, which come to us courtesy of @evleaks on Twitter, allow us to take a peek at both the black and white versions of the 928. This probably is what’s heading to the Big Red as this Twitter account holder has a reasonably solid track record of leaking press shots of unannounced devices (though even he gets things wrong from time to time). 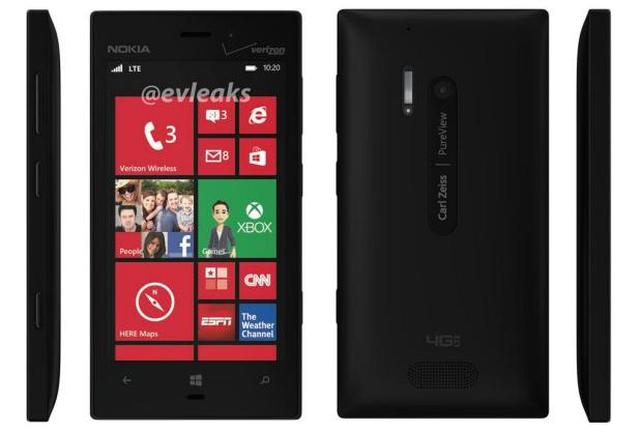 Looking at the images, the 928 features a PureView camera with Carl Zeiss optics and both a xenon and LED flash. It also appears to have an upgraded speaker and is compatible with 4G LTE.

The device is expected to be a bit lighter and thinner than the 920, but it still looks quite bulky. As for the specs of the device, most likely it’s coming with a 1.5GHz dual-core Snapdragon processor, 1GB RAM and 32GB storage. That might appear to be primitive by modern standards, but Windows Phone 8 is lighter than Android and does not need the best available specs to run smoothly.

We have heard reports that the 928 will be announced on April 25th. We will let you know as soon as we get more info, so stay tuned to Mobilemag.

Are you looking forward to getting the Verizon Lumia 928?