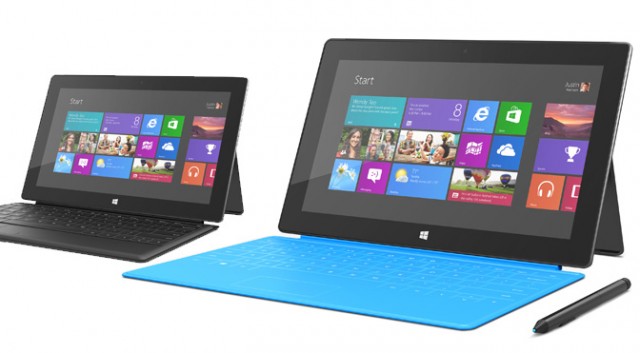 We’ve heard rumors more than once about the idea of Microsoft moving beyond the 10+-inch tablet form factor, but nothing official from Microsoft confirming such a move – until now.

Microsoft’s CFO Peter Klein mentioned in a call with investors that they were working with manufacturers to develop “a new suite of small touch devices powered by Windows”. He didn’t give any more details than that.

With the smallest Windows tablet currently sizing in at 10.1-inches, that leaves open the 9, 8 or 7-inch tablet market for expansion. Considering that 8-inch tablets are starting to gain momentum, Microsoft might consider starting there, or maybe going a bit bigger, perhaps an 8.5-inch tablet?

Whatever they do, pricing will be key here. Small tablets are competitively priced and regardless of whether Microsoft goes the RT (ARM) or Windows 8 (x86) route, it can’t cost a fortune if they want to do well. The good news is that Intel has confirmed its next-gen chips will allow Windows 8 devices to be priced as low as $200, so perhaps that remark was talking about Intel-powered devices with smaller displays?

Would you be interested in a Windows tablet with a smaller display, as long as the pricing was at the very least under that of the iPad Mini?