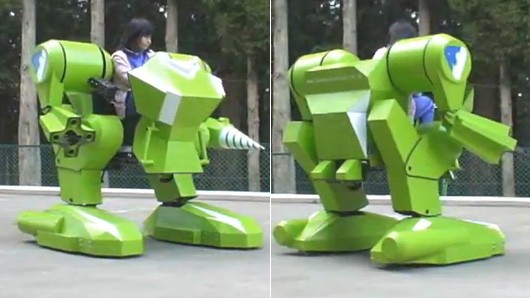 For anyone who has ever seen Ripley in the mech suit or if you’ve ever played games like MechWarrior, there’s a good chance that you’ve wanted to have a mech suit of your own. And this is especially true for children and that’s how the Kid’s Walker mech suit was born in 2010. It has now been upgraded, getting rechristened as the Kid’s Walker NT.

The guess is that the NT stands for New Type, as the upgraded Kid’s Walker NT comes with several improvements over the original. First, there is a chest plate that flips up to protect the pilot, which is pretty important when you find yourself in the heat of battle. They’ve also added into two new attachments for the arms: there’s a drill and a gripper. You can probably figure out what those do. 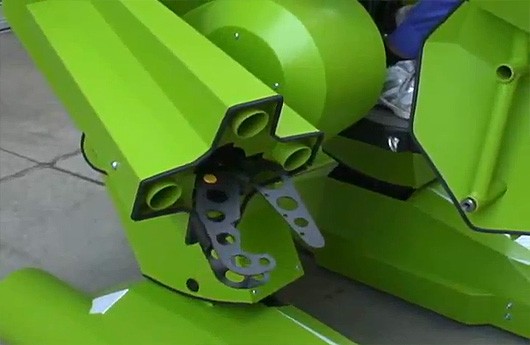 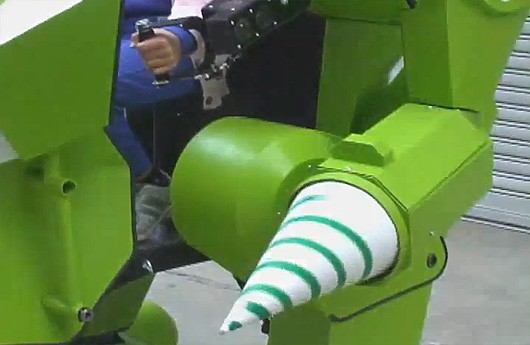 Before you get all excited about sending your 7-year-old into the mech-infested warzone, you should know that the Kid’s Walker NT mech suit can’t actually go anywhere. There are some “leg movements” for realism, but the suit doesn’t walk. So, you’re just a sitting duck with a gripper and a (presumably not-too-sharp) drill. At least little Sally will look the part. The 1.6 meter robot suit retails for $21,000 and weighs in at 180 kg. It’s also available for rental in Japan.