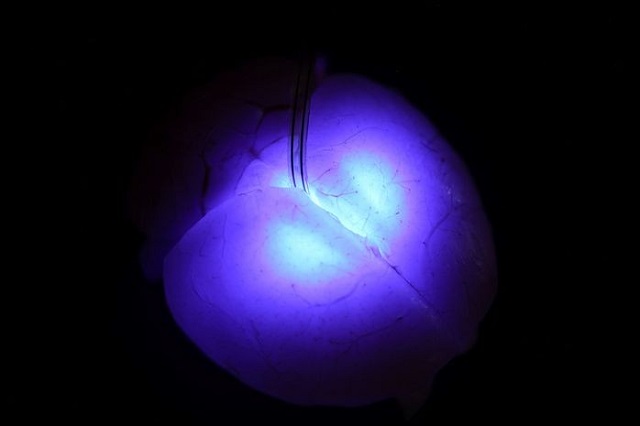 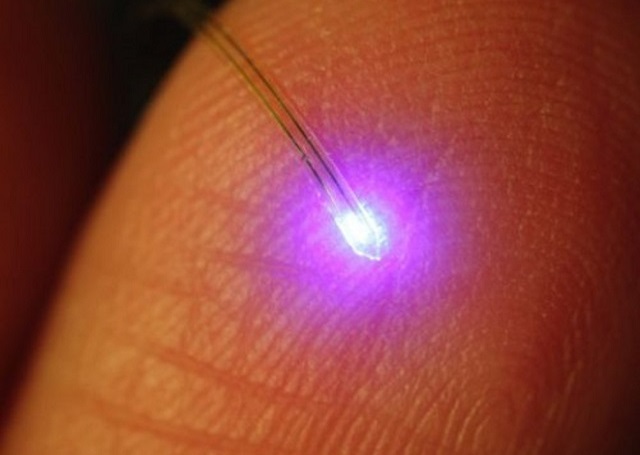 Optogenetics is the process which allows us to use light to activate neurons or other cells, a technology which is helping scientists to understand more about how the brain works. The procedure involves the delivery of light to the desired region in the brain and now that can be done more easily all thanks to the new LEDs you see above.

Currently, fiber optic cables wired to a test animal’s brain are used to deliver light. The new LEDs, measuring as small as single cells, can be injected into the brain using a micro-injection needle. 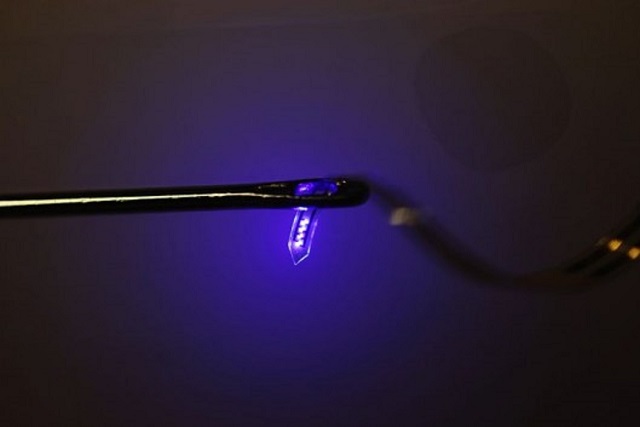 The lights are printed onto the end of an extremely thin flexible plastic ribbon which provides power to the LEDs via an energy-harvesting module mounted on top of the animal’s head. The module can be removed from the head when not being used, unlike using fiber optic cables which requires that the animal is tethered to a laser that supplies light.

The image below shows LEDs in the brain of a test animal.

The LEDs were developed by a team led by Prof. John A. Rogers from the University of Illinois and Prof. Michael R. Bruchas from Washington University. Check out the video below to know more about their study and do leave your thoughts below. Would you like to light up your brain?