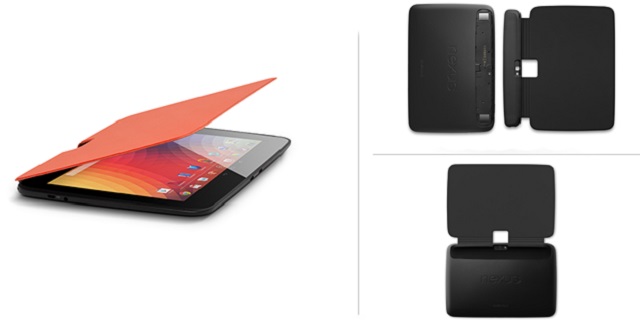 While the Nexus 10 has already been on the market for about five months, we’ve yet to see an official cover for the tablet – until now. Google Play is now offering covers for the Nexus 10 in two colors, grey or scarlet (which is really more of an orange it looks like).

These official covers snap into a plastic plate on the back of the Nexus 10. Is this cover really necessary? Maybe, depends on where you drag your Nexus 10, whether it is open to use by kids, and other factors. Still, at just $30, it might be worth buying and it certainly looks quite attractive.

Right now Google estimates shipping from the Play Store to take about 3-5 business days. What do you think, anyone interested in getting an official cover for their 10-inch Nexus tablet?