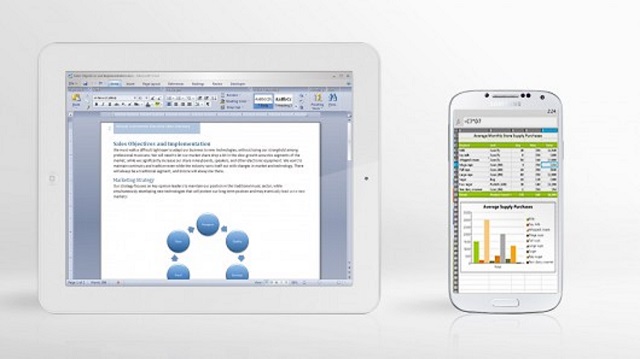 When is Microsoft Office going to arrive for iOS and Android? Not very soon it seems, that is if we are to believe a leaked Office roadmap brought to us by ZDNet. Apparently Microsoft’s strategy is to release Office for iOS and Android a year and a half from now on October of 2014.

There have been rumors for a while that Microsoft would extend Office to Android and iOS, but that hasn’t happened. If they are to introduce Office for iOS or Android, they will surely have to put it on Apple and Google’s stores which means sharing revenue with rivals. So, earlier Microsoft decided to release OneNote.

And now, if Microsoft has plans to introduce Office for iOS and Android in October 2014, that’s for attracting customers to its platforms with the exclusivity. But Windows Phone and Windows RT haven’t made waves on the market and if this continues that Office exclusivity until Q4 2014 might not bring good results for the company.

Furthermore, Quickoffice and Google Docs (Drive) could become a big headache in the future, and Apple’s upgraded iWork apps are also coming. The more time Google and Apple gets, the more they can plan for their best shot against Microsoft’s dominance.