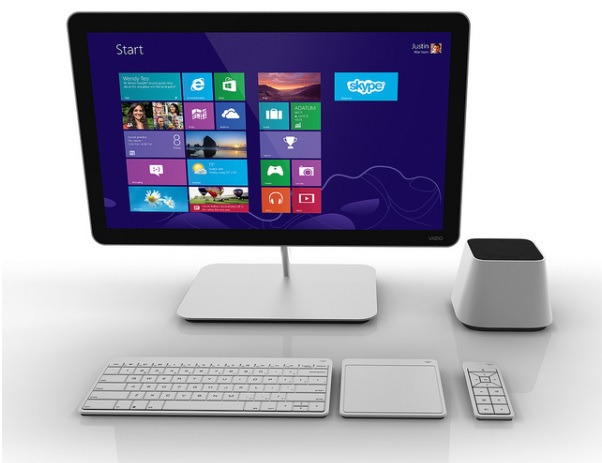 It doesn’t take a genius to realize that the growing mobile market has cut into PC sales in a pretty big way over the last few years. While PC sales have been declining for a while, new IDC estimates show that for the first quarter of 2013, the market fell a whole 13.9 percent.

Looking back, this is the largest drop down reported by IDC in its entire history of tracking the PC market, which goes back to 1994. According to IDC, the biggest factors for this larger level of decline is that customers are spooked by the changes found in Windows 8, combined with the rise of mobile devices and the fact that the netbook pretty much went extinct.

While Windows 8 might be part to blame, that’s not the whole story. Apple Mac computers haven’t exactly jumped up in sales either, after all. The bigger picture is that more consumers are waking up to the fact that they don’t need $800+ machines in order to live in our socially-driven, web-connected world. Unless your needs are demanding (business, gaming, etc) – you can easily get by with a smartphone or tablet in today’s world. Hell even a web-connected game system or PC might be enough for many folks out there. 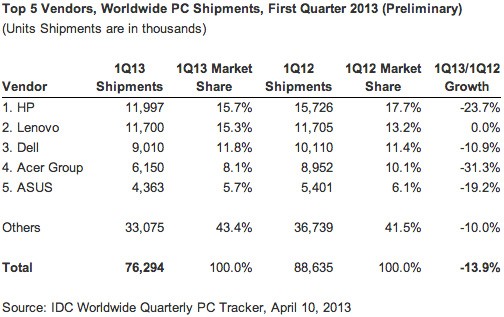 Additionally, PC declines are being brought on due to the fact that many of the PCs out there are more expensive than what many people were buying a few years ago. Why is that? Netbooks are pretty much extinct (at least from major, known vendors) and instead vendors are pushing ultrabooks and touch-capable devices.

Of course there is a reason for that. Although there is probably still limited interest in the netbook, it never exactly had great profit margins and as fewer people were buying premium home computers, it became less and less profitable for vendors to continue offering netbooks. Higher-end PCs generally command higher profit margins. That and lower-end PCs often aren’t much better for many consumers than purchasing a similarly priced tablet or high-end smartphone.

Bottom-line is that the PC market isn’t going to grow again in the forseeable future, unless something crazy happens like people drop interest in smartphones and PCs. Instead, vendors need to understand that the PC market will soon be a secondary business with their main focus needing to be mobile.

The bigger question is whether Dell, HP and other major vendors has what it takes to truly make the move over to a mobile focus.

What do you think of the PC market decline? Is it over-exaggerated, or conversely do you feel that Microsoft and its vendors are too blame due to not bringing enough interesting products to the market to win back desktop and laptop consumers? Let us know what you think in the comments below.