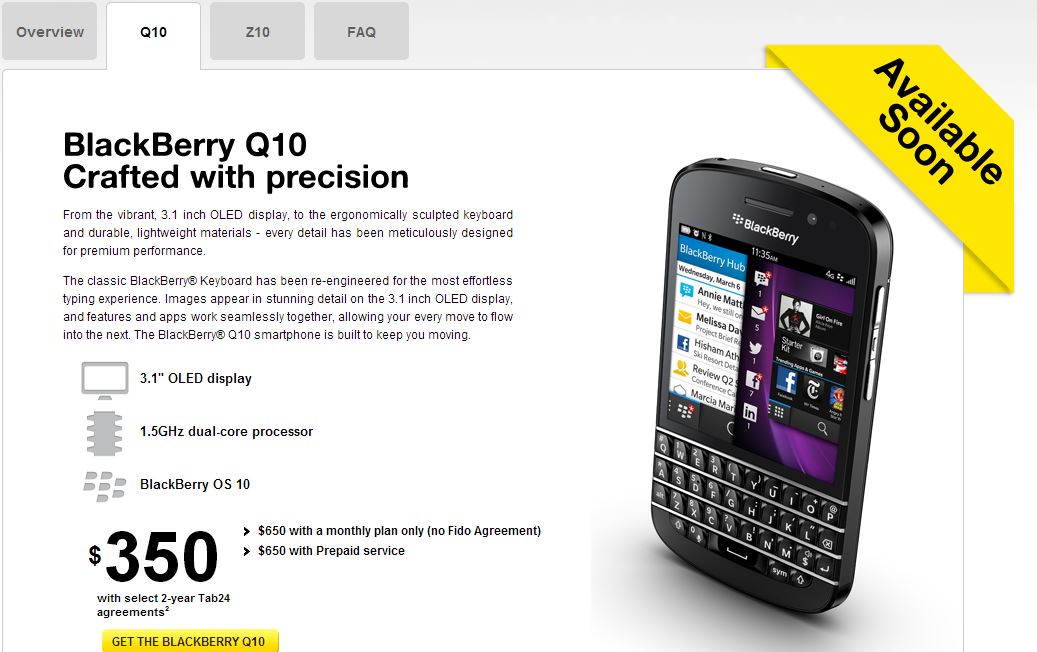 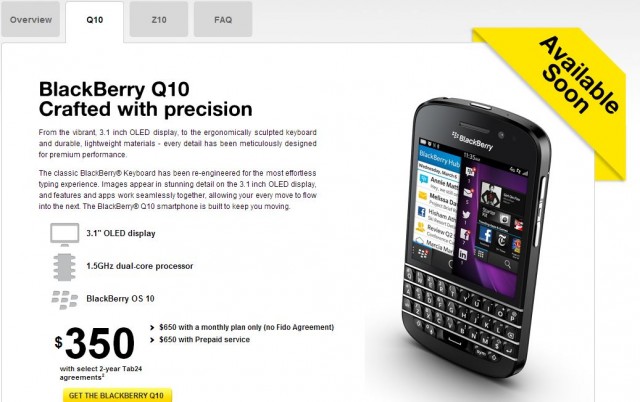 Maybe you really liked what the BlackBerry Z10 brought to the table with the completely revamped BlackBerry 10 platform, but you still miss the classic BlackBerry experience with a real hardware keyboard. We’ve known for a while that the BlackBerry Q10 would be launching this year and now the QWERTY-touting smartphone has made its official debut on the Fido website in Canada.

There is still no firm release date attached to the BlackBerry Q10, but the official splash page on the Fido website has it listed as “available soon.” As a quick refresher, this phone will come with a 3.1-inch 720x720px OLED display, the full QWERTY keyboard, BlackBerry OS 10, a 1.5GHz dual core processor, 8MP rear camera, 2MP front camera, LTE compatibility, 16GB storage, 2GB RAM and a microSD expansion slot good for up to 32GB more storage.

The Fido website has the BlackBerry Q10 listed at $350 on select 2-year Tab24 agreements (presumably on the “Smart” plans) or $650 outright without a Fido agreement. If you click through to the product page, you’ll find that there is an additional offer for existing Fido customers where they can reserve a BlackBerry Q10 for $200 when they renew on a 3-year Fido agreement (presumably they mean the Tab36 with a Max plan). The $25 hardware upgrade fee still applies.

Giving this “available soon” wording, we can probably safely assume that the other Canadian carriers will also be launching the BlackBerry Q10 pretty soon too.