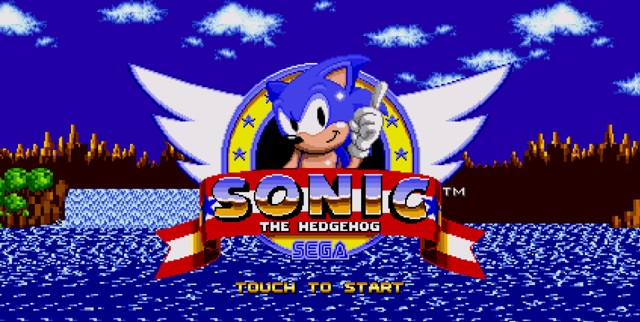 If you are anything at all like me – a bit old, and a lot nerdy – you’ve probably sunk in more than a few hours into playing classic Nintendo and Sega titles from the 16-bit era of gaming. One of these titles is none other than the original Sonic the Hedgehog. Good times. Soon you will be able to relive memories and even pass them down to your children through a port of the original, which is now on its way to Android and iOS.

Of course you could just use an emulator and a ROM to get the same experience, right? At least according to Sega, the game is completely remastered to be a native experience on Android and iOS. This means that it will work better with touch controls and the port will likely have some other tweaks that help it run with ease on your favorite mobile device.

The news of the port has actually been floating around since late last month, though now a video has surfaced as well. Interestingly enough, it doesn’t have any background music and so it more than likely it is early, unpolished footage.

For those interested, Sonic the Hedgehog will arrive later this month for $2.99. Sega says that Sonic 2 will also make its way over to Android and iOS, though no word on when that will be happening. Three dollars might be seem like a lot to spend for a game that came out more than two decades ago, but if Sega actually managed to come up with solid Android controllers that work better than clumsy on-screen buttons would with an emulator, it might be worth it.