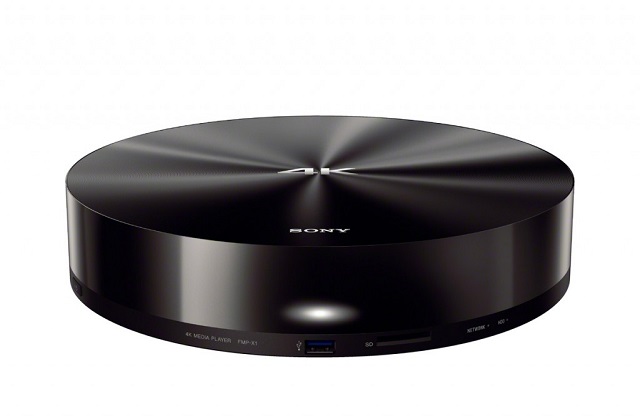 Sony earlier announced the pricing and release date for their new 55-inch and 65-inch 4K LED televisions, but you might also want to check out their new 4K FMP-X1 media player if you are planning to fully experience one of the newly announced displays.

As you might remember, Sony showed off a prototype of the media player at CES back in January. Now, at NAB 2013, they have announced that the device will be available sometime this summer with a price tag of $699. The device will arrive bundled with 10 films: Bad Teacher, Battle: Los Angeles, The Bridge on the River Kwai, Salt, 2010’s The Karate Kid, Taxi Driver, That’s My Boy, The Amazing Spider-Man, The Other Guys, and 2012’s Total Recall. Those are certainly not too exciting for that price.

As for the company’s 4K video distribution service, Sony says that FMP-X1 owners will have to wait until fall. When its available customers will be offered a whole library of 4K movies, with titles from Sony Pictures and “other notable production houses”, and there will be a fee of course.