Treatment for addiction to illicit drugs such as cocaine includes several processes like detoxification, medication, behavioral therapy, relapse prevention and all these take time. But a new study is suggesting that cocaine addiction can be switched on and off by the application of laser light to the brain. The research was done at the National Institutes of Health (NIH) and at the Ernest Gallo Clinic and Research Center at UC San Francisco.

Via genetic engineering researchers inserted rhodopsins (light-sensitive proteins) into the neurons of the prefrontal cortex of rats. Then through implanted fiber optic cables they activated those neurons by using pulses of laser light. The result was that the drug-seeking behavior in cocaine-addicted rats was turned off. This happened because the prefrontal cortex deals with impulse control and it is less active in addicted rats (and addicted humans). 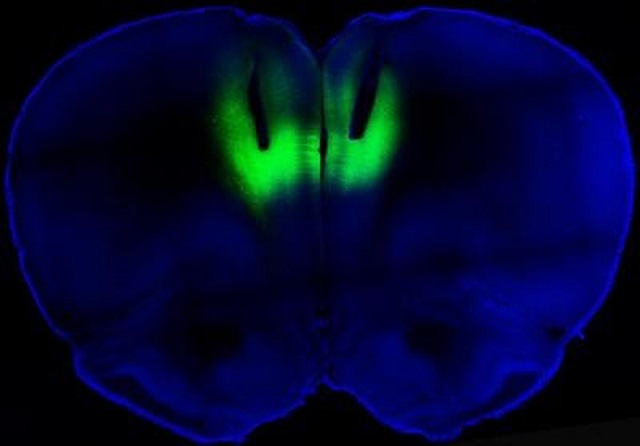 Meanwhile, when they switched off the light to deactivate the neurons addicted behavior was switched on in non-addicted rats.

According to the scientists, these same effects can be brought about using transcranial magnetic stimulation (TMS). The folks over at NIH will soon start treating the prefrontal cortex of cocaine-addicted humans with TMS. Check out the video to know more about their research.