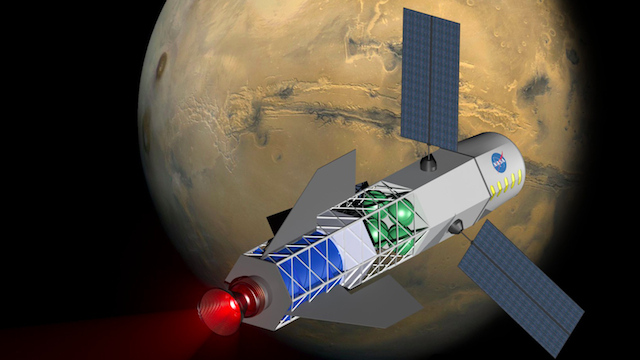 Watch any space-based Sci-fi program and there will be some engineer complaining to the captain that “the last photon torpedo disrupted the nuclear fusion reactor” or “if we reverse the polarity of the nuclear fusion generator we can travel back in time and get some whales to save earth!”.

Nuclear fusion pops up so often in popular culture, that we forget that researchers are actually working on it at this moment. In fact research is going so well that a unique nuclear fusion test will take place this summer.

Researchers from the University of Washington, with funding from Nasa, are working on a new type of plasma encapsulated in a magnetic field. This material is so powerful that just one grain produces as much energy as a gallon of traditional rocket fuel.

The team behind the research believe that using nuclear fusion to power rockets and space stations would be cheaper and simpler, but also faster with a trip from the Earth to Mars taking just 30 days rather than 4 years if we were to use current fuel methods.

Of course, don’t expect this to happen anytime soon. Still, the potential is there. What do you think?