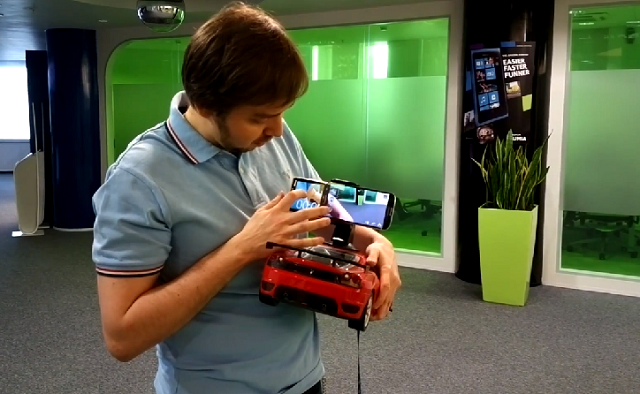 One of the best features on the Lumia 920 is its 8.7-megapixel camera which comes with the Nokia’s PureView label. Of course Samsung Galaxy S4 is certainly a big rival with its own stunning camera capabilities. This makes you wonder, which among the two devices is the best when it comes to video stabilization? Let’s take a look.

As you will see in the video, the Nokia 920 and the S4 were mounted on top of a toy car to test the performance of the two devices in capturing video on the move. The video is in Russian, but no need for any explanations as the video shows you what you need to know.

The video recorded on the S4 is pretty shaky and everything is blurry once the guy starts to pull the car. But on the 920, the OIS (optical image stabilisation) is certainly doing its job and the video is much more vivid. Not really a huge surprise but it’s nice to see how the 920 did against Samsung’s latest and greatest smartphone.

So what do you think of the Lumia’s camera versus the S4?