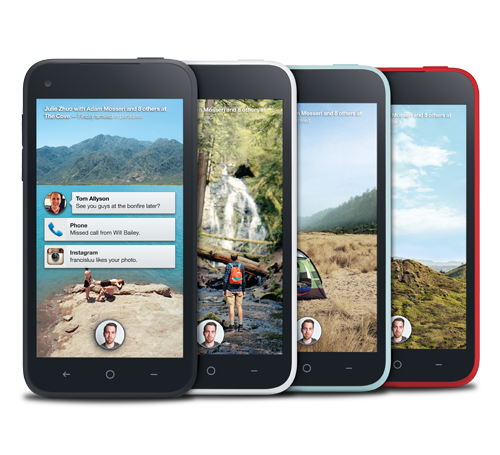 For years there have been rumors that Facebook would jump into the mobile market with its own OS, or at least some kind of Android fork. Today the company officially unveiled Facebook Home, which is essentially a custom launcher for Android.

Unlike a fork or new OS, this is just Android with a custom skin and no changes to the core of the OS. That means all the Google apps like the Play Store are still there.

What makes Home worth having? For those that are heavily invested into the Facebook world, it creates an immersive experience that is designed around “people” and, of course, Facebook posts.

Home lives both on the ‘home screen’ and the lock screen, using a new cover follow to engage in messages, as well as a new app system called “Chat Heads” that is designed to combine SMS and Facebook messages into a unique experience that runs on top of any app you are currently using.

Later this month, there will be two ways to get the Facebook Home experience. One of these methods is to download the app when it hits Google Play on the 12th of April, as it is designed to work with many existing Android handsets.

In the United States, the phone can be had through AT&T for $99 with a two year contract.