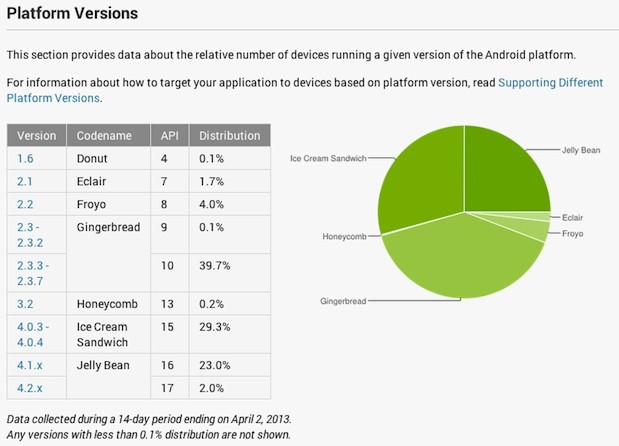 If you’re an Android app developer, Google has a very handy tool for you called Android Dashboard. The tool has been around for a number of years already and is designed to help developers target their apps based on the active users using a certain Android version.

Originally the statistical data collected by Android dashboard was based on a device pinging Google servers, but a new update to the system hopes to make things a lot more accurate. Now, stats are only collected on those Android devices which log in to Google’s Play app store. This give a more accurate view of active users so developers can concentrate their efforts more effectively.

Since the update, a jump in the number of active users running Android Jelly Bean has been recorded while active Froyo and Gingerbread stats have dropped.