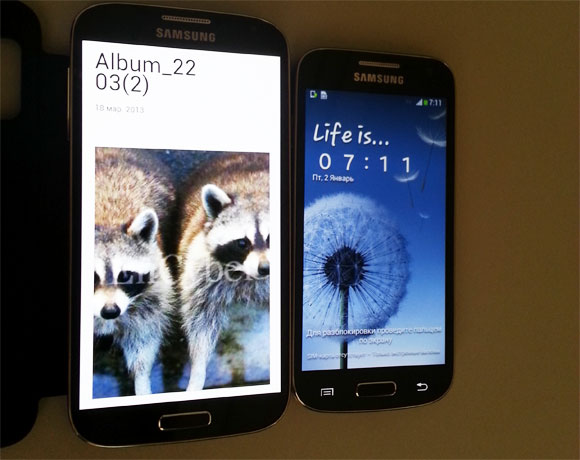 Sammobile is reporting that Samsung will announce the Samsung Galaxy S4 Mini later this week with a launch date scheduled for around the end of May.

According to previously leaked specification details and from purported images of the new phone, the S4 Mini will have a 4.3-inch display, 8 mega-pixel rear camera, plus all the usual Android smarpthone features. In addition to a single SIM S4 a dual-sim model is also thought to be heading to stores too both of which ail be available in Black Mist or White Frost colour options.

This will be a similar pattern to what we saw with the S3 Mini, which resembled the looks of its bigger brother but didn’t have even close to the same specs. What do you think of the idea of the Galaxy S4 Mini, interested or not?