The Ouya has got many fans alright but there is one more Kickstarter-backed Android-running game console out there that is turning heads. The GameStick from PlayJam is different in form factor and specs from the Ouya, and the guys over at Engadget got a chance to play with a prototype of the device at the Game Developers Conference.

The GameStick comes equipped with a dual-core Amlogic processor, which is obviously weaker than the Ouya’s Tegra 3. It is roughly the size of a USB drive and fits right into a wireless controller, though the dev units do not house the GameStick inside. You can connect it to your TV’S HDMI port or if you do not like that idea there will be a dock that’ll be available with the GameStick’s retail version. 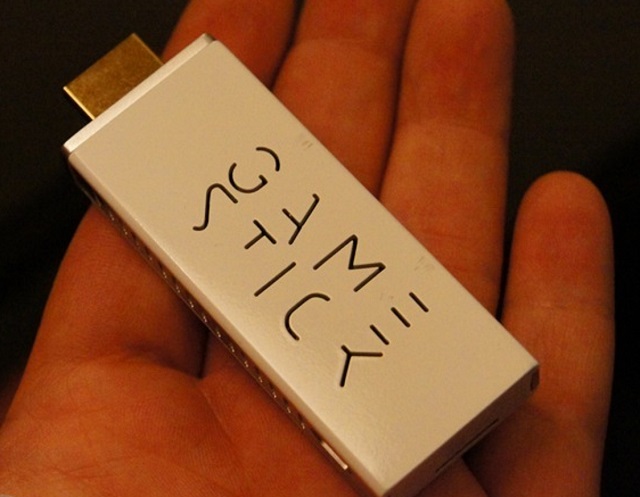 Its UI has a left rail holding games, media, a profile page, and settings. You will find a popular games section and an all games section in the games section, a Netflix app and XMBC in the media section, and the profile page shows stuff such as your profile (as you might have guessed), in-game achievements and more.

Improvements will certainly happen to the console before the retail version arrives sometime in the future, but the important thing will be content. Currently the games available are not that thrilling, but that will change, hopefully.

What do you think of the GameStick, interested or will the Ouya stomp all over this one?