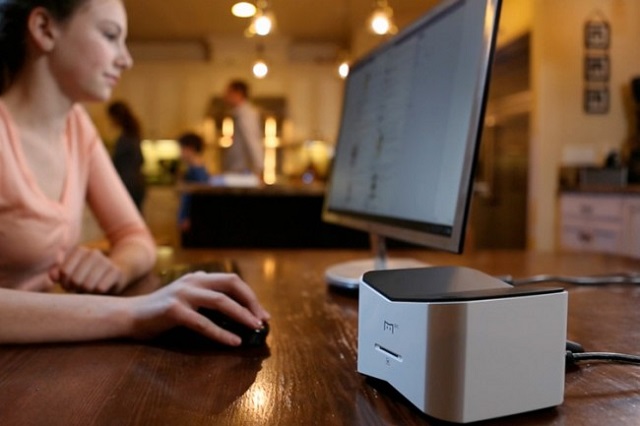 The MiiPC, an Android running mini PC, has managed to attract many fans over at Kickstarter, already collecting $48,955 of the $50,000 goal within just a few hours after which the project was launched. One of the best things about this sleek compact device is that it costs just $100 ($90 for early birds).

It can be used straight out of the box. Just connect it to your computer monitor and then start surfing the web, play games, and run Android apps. Running the Jelly Bean 4.2 OS, the MiiPC is coming equipped with a Marvell New Armada dual-core 1.2GHz processor, 1GB RAM, and 4GB of expandable internal flash storage.

HDMI allows you to connect the device to a TV and then you can make use of Netflix or other popular apps. Speaker and microphone inputs are there, along with Ethernet, and 2 USB ports for attaching mouse and keyboard. Even more interestingly, it features the Miracast Receiver technology, so you can wirelessly display video from a smartphone or tablet. There will also be an app available for iPhones and Android phones, which will allow you to block websites and apps, enable real-time monitoring, and provide stats on usage.

There are plenty of existing Android media players and sticks that can be used as a PC alternative, so what makes this one so special? Honestly, besides the unique looking ‘tower’ it comes in, the biggest difference is that this one is aimed at teenagers and children as a workstation and gaming device that can replace a traditional PC while including tools that make it easy to block and monitor online usage.

What do you think, interested in such a device or not?