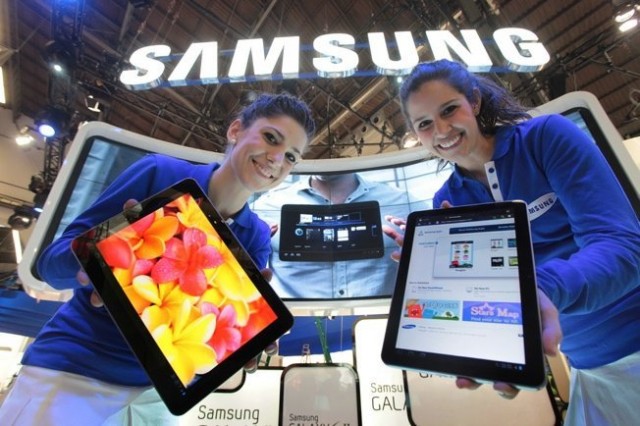 It seems that Samsung just can’t stay out of the press. Just over a week after the Galaxy S4 was lauched, rumor has it that Samsung is working on a Galaxy Tab 3 Plus with a whole lot to offer.

SamMobile is reporting that the Plus tablet will be a high end tablet with a 10.1″ or 11.6″ Super AMOLED HD display. Although the latter choice sounds a bit large, it is still a possibility with pixel resolutions going through the roof.

Moving to the inside, SamMobile has confirmed that this tablet will be carrying the full Exynos 5 generation chip. This chip was supposed to be the main feature of the Galaxy S4. However, the North American version was instead loaded with a Qualcomm Snapdragon 600 chip.

Has the tablet war already ended, or is it just getting started? How do you think a high-end tablet will do in a market moving towards low-end devices? Let us know in the comments below.