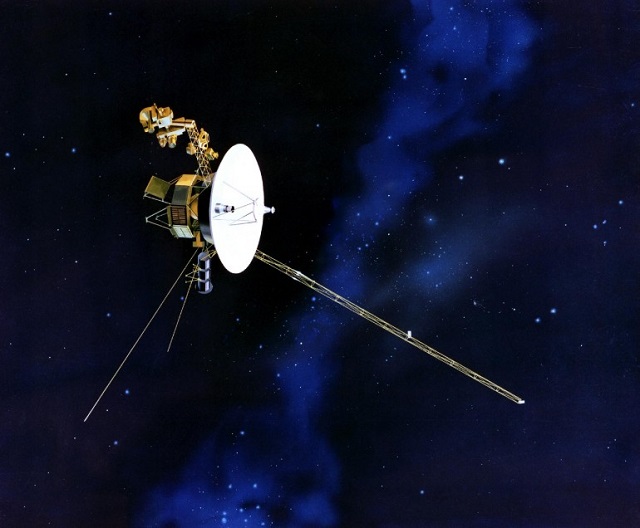 Voyager 1, which was launched 35 years ago, is now the most distant man-made object to leave our planet. But where is it now? According to W.R. Webber of the New Mexico State University Department of Astronomy and F.B. McDonald of the University of Maryland Institute of Physical Science and Technology, the probe left the Solar System on August last year. It seems that Nasa doesn’t agree though.

Launched on 5th September 1977, Voyager 1 flew by Jupiter in 1979 before visiting Saturn in 1980. Helped by the giant planets, the probe was shot toward interstellar space.

Weber and McDonald say that Anomalous Cosmic Rays (ACR), cosmic ray particles trapped by the Sun’s magnetic field, used to dominate the radiation detected by the probe before August 25, 2012. But on that day, ACR intensity dropped to less than one percent within hours, and kept on decreasing over the days that followed. Meanwhile, they noted an increase in the intensity of Galactic Cosmic Rays, which are from outside the Solar System. They are saying that this data suggests that Voyager 1 has left the Solar System.

Webber says, “Within just a few days, the heliospheric intensity of trapped radiation decreased, and the cosmic ray intensity went up as you would expect if it exited the heliosphere“. 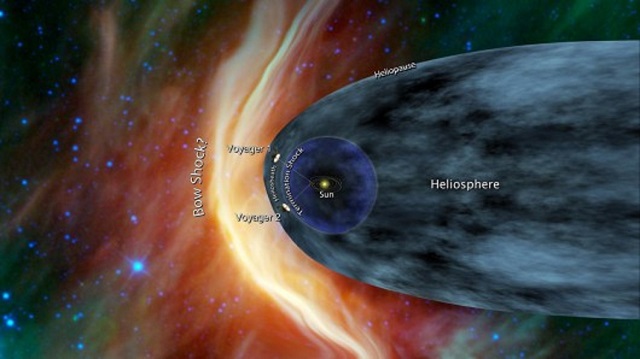 But NASA disagrees. Back in December 2012, the Voyager team announced that Voyager 1 is within ‘the magnetic highway’, a region where energetic particles changed dramatically. NASA says that an indicator of the probe reaching interstellar space will be a change in the direction of the magnetic field. That change is yet to happen.