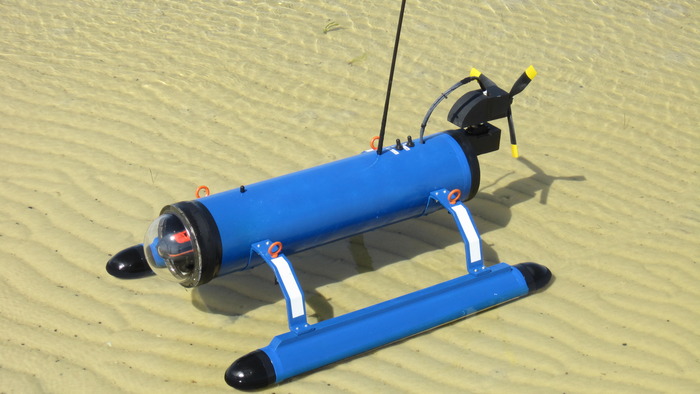 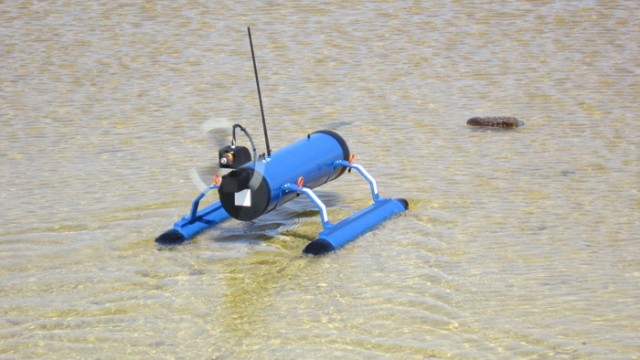 The idea behind this tiny remote-controlled craft, as designed by aerospace engineer Larry Friese, is similar to what we see with hovercraft or with the “air boats” that are used to transverse certain waters in the southern United States. Instead of having part of the boat below the surface of the water and having a propeller spin away to push you forward, you have an airplane-style propeller above the water that effectively pushes the air and thrusts your craft forward. Meanwhile, the entirety of your waterbound vehicle stays above the surface of the water. 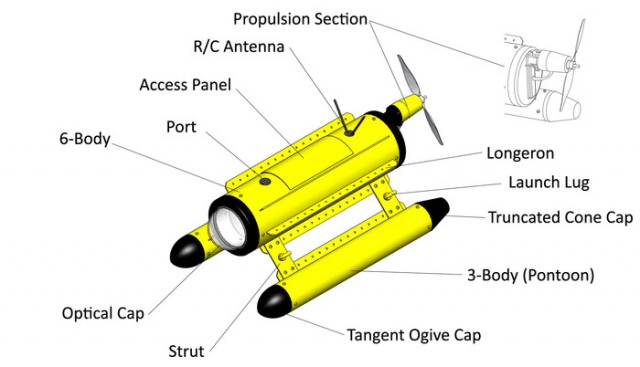 The FrankenDrone USV works in much the same way. It has that propeller out the back and then its flotation pontoons sit on the surface of the water, allowing it to skim across even the shallowest of ponds. Steering is done by swiveling the propeller to either side. The USV could then be used for any number of purposes, attaching cameras, microphones, lights or whatever else.

The project is currently seeking funding via Kickstarter with a goal of $25,000. Check out the video to see the FrankenDrone in action. 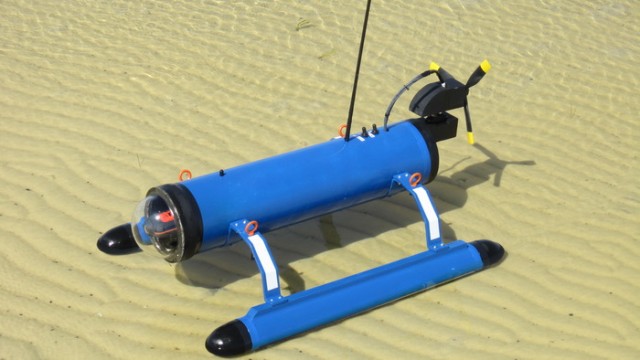