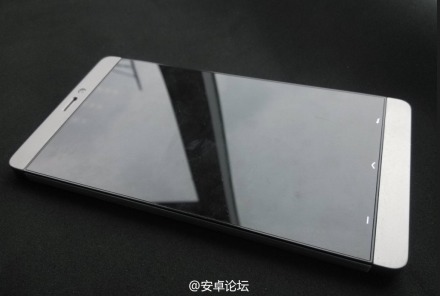 Those of you not familiar with the Chinese phone scene might not be aware of Beijing based phone start-up Xiaomi. The phone is currently making waves across China with the Mi2, a quad-core Snapdragon S4 phone with 2GB RAM and 720p display.

As the Mi2 has been on-sale since October, the company now looks to be getting a new flagship smartphone ready for launch later this year. The Mi3, as we believe it to be called, is rumored to have a 5-inch full HD display, 2GB RAM, Snapdragon 800 CPU, 13 mega-pixel camera and 3000mAh battery.

The phone above is a supposed prototype, however similar leaks appeared of the Mi2 last year and non of them turned out to be the real phone, so take the image with a grain of salt.

We can’t wait to see what Xiaomi  has in store for their next flagship Android phone, and we’re also looking forward to next month when they are rumored to launch 2 new entry-level models, with one being powered by a Snapdragon 600 CPU.