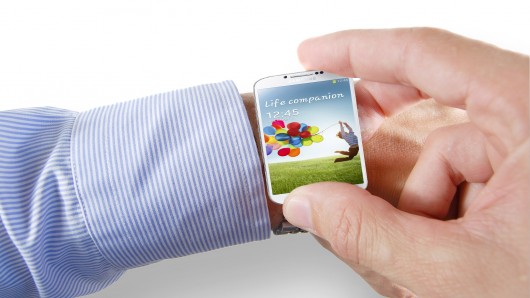 Everybody wants to be Inspector Gadget. Rumors of an Apple iWatch have been circulating ever since the last-gen iPod nano was released and people started putting it into wrist straps. It seems that Apple’s biggest competitor could be beating Cupertino to the wrist computer punch, though, as the Samsung Smart Watch has now been confirmed by the company.

This comes by way of Lee Young Hee. In a statement sent to Bloomberg, the Samsung Mobile Vice-President said that they have “been preparing the watch product for so long” and that they are “working very hard to get ready for it. We are preparing products for the future and the watch is definitely one of them.” Aside from that, though, he wasn’t forthcoming with any kind of real details.

To be fair, there are already smart watches on the market. The Pebble, despite some limitations, has found some noteworthy success among early adopters, but it really will take a flagship-level product from the likes of a Samsung or an Apple to really popularize the format. The assumption is that the Samsung Smart Watch would connect to your Samsung Galaxy smartphone via Bluetooth, pushing notifications and showing text messages.

It would be interesting if they were able to take advantage of some flexible OLED technology for the screen, but we’ll really have to wait and see what sort of “innovative” features or functions will be in what I’m going to call the Samsung Galaxy Watch (or perhaps it’ll be in partnership with Swatch to make the S Watch). Maybe it has an S Time feature. In the battle between the Galaxy Watch and the iWatch, who is going to win? Consumers, I hope.