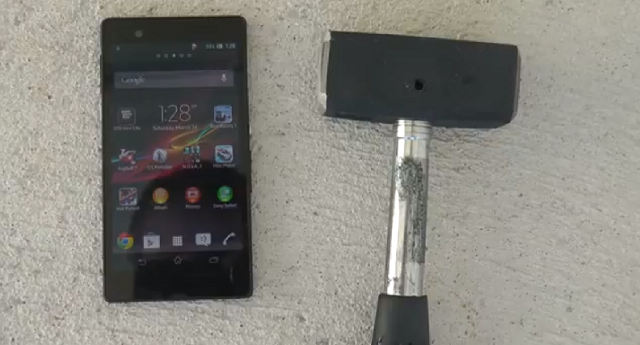 Sony has said that their Xperia Z is pretty tough. But how tough, you ask? Well, the device is being tested here in two different ways, so let’s see how it does.

In the first video, the Xperia Z is being tested by dipping it in boiling soup. Before throwing it in, the narrator is showing us that the device is in working condition, unlocking it and doing a few swipes. And after the bath in the broth, the device appears to be working fine. Apparently, he placed white paper pieces in the slots and they were still white after the spicy bath. So, it appears like the dust covers are working fine.

Soup is one thing, but the Xperia Z clearly can’t survive a giant hammer to its face. As you will see in the second video, the hammer test causes the device’s front glass, rear glass, display and parts of the side to shatter.

Still, there is no denying that the Sony Xperia is one of the most solid smartphones you will come across on the market today. What do you think of the Sony Xperia Z, surprised that it lasted in the soup?