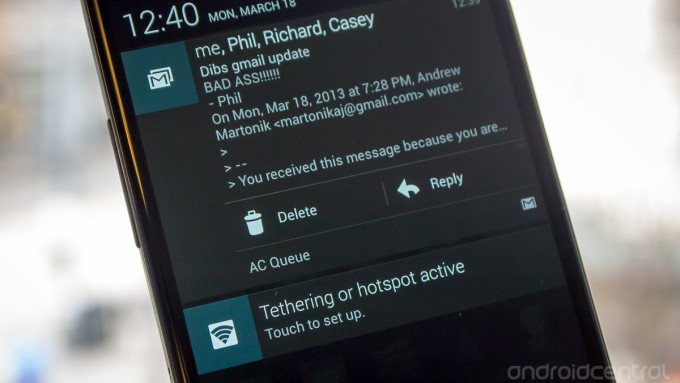 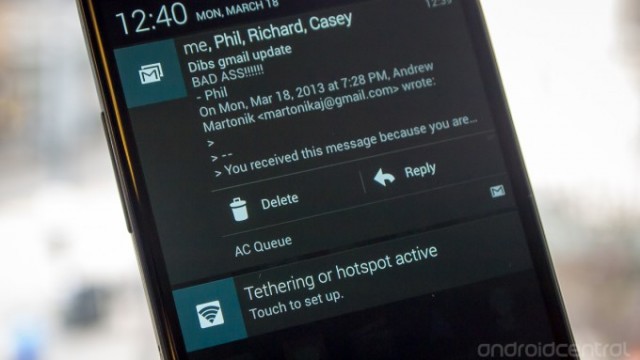 Google has rolled out an update for the Gmail app so that now includs new actionable notifications for Jelly Bean phones and tablets.

Basically the update offers users a number of new features from inside the Android notification window, rather than actually having to open the Gmail app itself. Deleting, archiving and replying to emails from the Gmail app will now be that much faster and more convenient.

While actionable notifications is only coming to users on Android 4.1 and 4.2 Jelly Bean, ICS also gets faster searching and a few bug and performance upgrades. Froyo users aren’t completely without luck here either, as they a few performance updates added to the mix as well.

You can update Gmail via Google Play, but be warned that some users are experiencing problems with the updated app and the Light Flow LED notification app. Have you downloaded the update yet? What do you think of the changes?