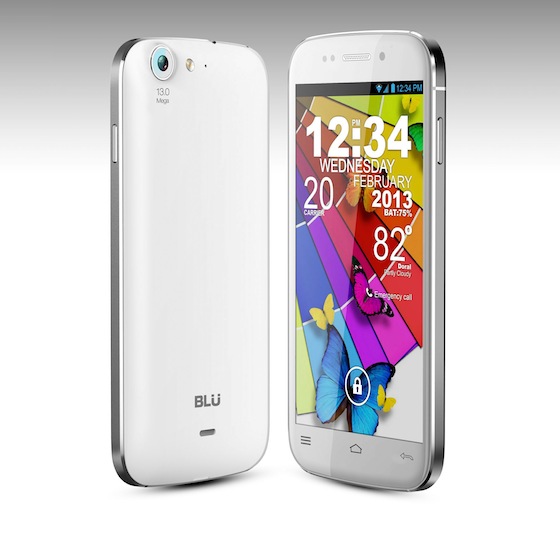 We all like to have the latest greatest, feature-packed smartphone, but with high pricing and hefty carriers contracts it isn’t always possible. Now there is a gleam of hope thanks to Florida-based smartphone maker Blu.

Blu isn’t a household name like Apple or Samsung (yet), but the phone manufacturer has been shipping phones to happy customers since 2009 and have been seeing amazing growth with 4.1 million Blu phones shipped in 2012.

Blu’s current market is mainly around Latin America, but CEO Sammy Ohev-Zion hopes to break in to other markets with the $299 Blu Life One and Blu Life View Android smarpthones. Not only are these phones low-cost, contract free and unlocked but they also boast impressive hardware.

Blu phone are currently available through online commerce sites such as Amazon and Newegg. How well do they actually rate though? It tends to depend a lot on the model, with some getting low-to-fair reviews and others scoring quite nicely. Bottom-line, the build quality or even the specs of a Blu phone won’t begin to compete with flagships from Samsung, Sony, Apple and others — but if you are looking for a higher-end phone without paying a fortune, it could still be worth a serious look.