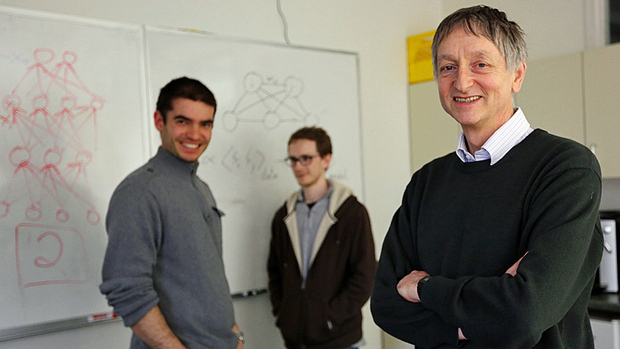 One way for you to innovate the industry is to come up with something completely on your own, but it seems like a much more effective way of doing that is to spend some cash and simply buy up the companies that have the technology you want. Google just happens to have some extra cash lying around, so the search engine giant has scooped up DNNresearch.

It’s a scientific research company that was founded last year by professor Geoffrey Hinton from the University of Toronto, along with graduate students Alex Krizhevsky and Ilya Sutskever. Their research is focused on the understanding of “deep neural networks” and Hinton is already known for his work in speech recognition, language understanding and computer vision.

Presumably, the idea here would be to improve the user experience with a variety of Google products. You could see how better speech and object recognition would vastly improve the performance of Google Glass, for example, just as it would be utterly fantastic for Google Goggles, Google Now, and all sorts of other Google innovations within and outside of the Android sphere. The two grad students will work with Google full-time, whereas the professor will split his time between work for Google and his academic duties in Toronto.