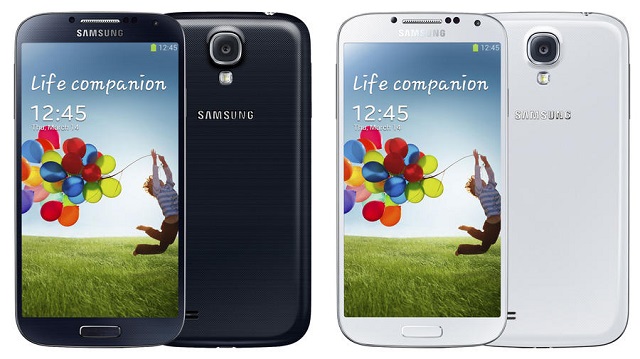 The Samsung Galaxy S4 is finally out the gate, bringing with it tons of new features such as eye-tracking, the ability to touch even with gloves on, and so much more.

Some are calling the S4 the second coming of the messiah, others are saying it is over-rated and that Samsung undelivered with this one. It isn’t just Android and tech fans that are sounding off their opinions though, even HTC feels the need to weigh in via Twitter: 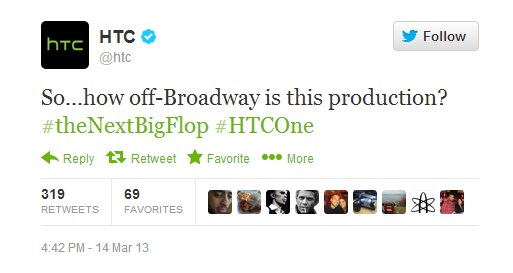 While you don’t expect the competition to come out and say, “Wow man, your new handset rocks! We should file for bankruptcy now and go hide somewhere”, these kind of direct ‘attack’ statements aren’t necessarily that common either.

Does HTC have a point?

I have to say that I personally felt that the Samsung presentation for the Galaxy S4 was lame. That’s not to say the phone itself isn’t exciting– I just wasn’t a fan of the way they unveiled it. So in that one regard I agree with HTC.

Beyond that though? There is a lot of great technology found in the Samsung Galaxy 4 and the specs are very, very solid. I would have liked to see them switch things up a little in the design department, but I suppose if it isn’t broke, why fix it? Ultimately, the Samsung Galaxy S4 is going to sell like hotcakes and I have to say I am personally excited about this one.

In time, HTC’s “theNextBigFlog” tag will be proven false. Can’t blame HTC for trying, though.

Is the Galaxy S4 totally an innovative piece of art, though? That’s probably a matter of opinion, but I have to say this felt more like an incremental upgrade than something extraordinarily innovative or new.

To put it another way (and risk being beaten to death by angry Sammy and/or Apple fans), Samsung’s Galaxy S4 is to the S3 as the iPhone 5 is to the iPhone 4S. It is a step forward to be clear but is it a massive leap? Maybe, maybe not.

What do you think, do you agree that the Galaxy S4 is a solid phone worth being excited about, even if it isn’t exactly an epic departure from what we already have come to know and love from Samsung? Or perhaps you are totally disappointed in the S4? Let us know what you think via the comment section.