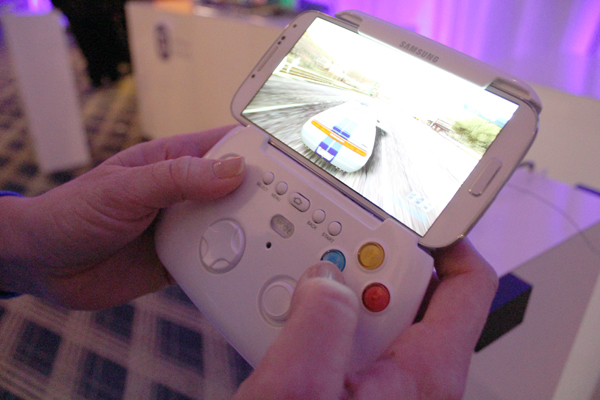 Samsung’s Unpacked featured the all new Galaxy S4, plus a bundle full of new accessories for the new phone. One of these special accessories is the Xbox inspired wireless Bluetooth game controller.

Those who were at the launch event describe the S4’s game controller as “hollow’ and “cheap”, not really encouraging comments and it get’s worse. Apparently the wireless add-on won’t be backwards compatible with other Sammy phones, will only work with games bought through Samsung’s app store and won’t support multi-player gaming!

The idea of an official Samsung controller is a good one, but Sammy clearly missed the mark here. Too bad, it doesn’t look half-bad, but looks can obviously be deceiving. There is currently no mention of pricing but if you really must have one it should be available from May onwards.